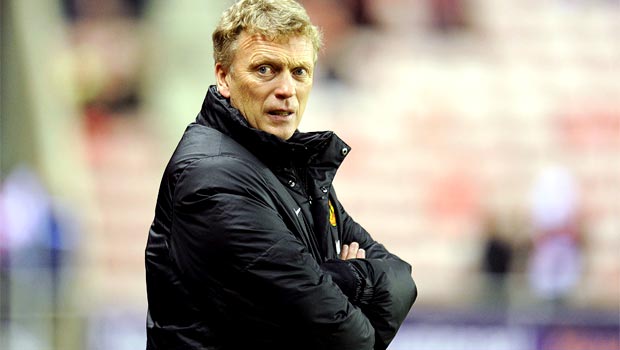 Manchester United boss David Moyes has earned himself many an unwanted record since taking over at Old Trafford but one that has dogged him for years is his failure to win at one of ‘big four’, a record which looks destined to continue at Chelsea this weekend.

The Scot takes the reigning champions to Stamford Bridge on Sunday having just entered the 12th year of his top-four hoodoo.

Since becoming Everton boss in 2002, it has been close but no cigar for the 50-year-old on his trips to Liverpool, Chelsea, Arsenal and, before this season, Manchester United.

It has been United’s failure to beat the top teams this term which has seen them slip so far behind the title hopefuls, the Red Devils starting the weekend 11 points behind league leaders Arsenal.

It looks likely the gap between United and the Premier League summit will be even bigger come Sunday night if recent performances are anything to go by – United winning two of their 10 matches against teams in the top ten.

Throw in Chelsea boss Jose Mourinho’s unbeaten home record in the Premier League and the absences of Wayne Rooney and Robin Van Persie, and it looks as though it could be another tricky weekend for Moyes.

The Blues are priced at 1.73 to heap further pressure on Moyes, while his United team are 4.95 to finally get this top team’s monkey off his back.

The clash between United and Chelsea earlier in the season saw Mourinho pay his adversary arguably too much respect, naming a starting XI without a recognised striker in the goalless draw at Old Trafford in August.

That results now looks like two points dropped given West Brom, Newcastle, Tottenham and Evertons wins at the Theatre of Dreams.

The ‘Special One’ won’t be that conservative again and Chelsea, who are ominously coming into their top form after a relatively stuttering start to the campaign, can be backed at an inviting 13.00 to win 3-0 at the Bridge.