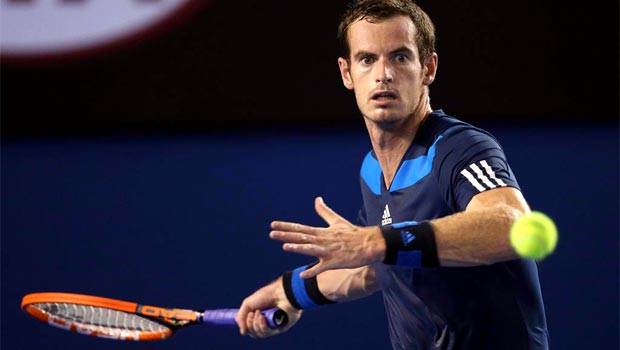 Andy Murray has played down his chances of winning the Australian Open despite booking his place in the last 16 without dropping a set after an impressive win over Feliciano Lopez.

The Wimbledon champion made his return from a three month lay-off due to back surgery at the start of the year and, as such, wasn’t fancied to trouble the likes of Novak Djokovic and Rafael Nadal for the first Grand Slam of the year.

However, Murray’s run through to the last 16 in Melbourne has many thinking again about the 26-year-old’s chances of a third major triumph.

Despite the blistering heat in Melbourne this week, Murray had hardly broken sweat when winning his first two matches but was expected to be given a tougher examination by Spain’s Lopez.

It looked as though that would be the case when Lopez broke Murray straight away, only for the Olympic gold medallist to hit back straight away in a tight opening set.

Murray missed the chance to take the opener at 6-5 but did recover to go one up with a 7-2 win in the tie break.

The three-time Australian Open finalist took control from that point onwards, securing a vital break of serve in the second set before producing some of his best tennis in the third to clinch the match 7-6 6-4 6-2.

The straight forward win was Murray’s 13th in a row against a left-hander and has left the fourth seed feeling good about his chances of progressing further at the Australian Open, although he doubts whether he can win the tournament.

“I’m getting confidence from every set I play, every match,” Murray said.

“It’s been a good start. It was very tricky conditions the first couple of matches with the heat but today was beautiful conditions to play in.

“We get to play in front of full crowd when it’s like this so it was a great atmosphere. I don’t know why but every time I’ve come here since I was 18 I’ve had great support.”

Murray will be expected to reach at least the quarter-finals of the Australian Open given he faces ‘lucky loser’ Stephane Robert in the last-16, the Frenchman having become the first player to reach the fourth round in Melbourne despite having lost in the first round of qualifying.