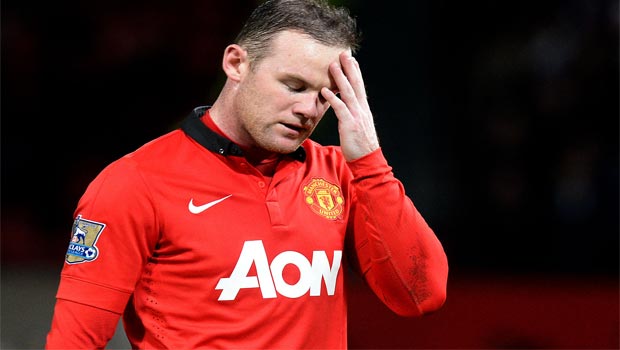 Manchester United boss David Moyes says he may have to rest Wayne Rooney in the coming weeks due to his groin injury and has been boosted by the news Robin van Persie is fit to return.

Rooney played the full 90 minutes in the New Year’s Day defeat to Tottenham at Old Trafford, despite having been a doubt for the game with the injury that kept him out of the win at Norwich on December 28.

After the match with Spurs, Moyes hinted about the England international not being fully fit and as such said he could be forced to use him sparingly in the coming weeks.

“If I could (rest him), I would,” said Moyes. “But the games are coming thick and fast.

“He has missed a couple with his groin and may well miss some more in the games coming up.”

Rooney has been the defending champions’ star man so far this season and Moyes is desperate not to lose him for an extended period of time.

However, should Rooney suffer a setback then at least the United boss now has Van Persie to fall back on as last season’s top scorer gets set to make his return in the FA Cup game with Swansea on Sunday.

The Dutch striker has not played since the 1-0 win over Shakhtar Donetsk in the Champions League on December 10 but could be in the squad when the Swans visit Old Trafford this weekend.

United will need Van Persie to hit the ground running when he does return after slipping 11 points behind league leaders Arsenal following the 2-1 defeat to Spurs.

Moyes, who was left fuming by referee Howard Webb’s decision not to award his team a penalty, says the loss to Tottenham will not change his plans for the January transfer window as he looks to revitalise their title challenge with some fresh faces.

“The result today would never have any effect on what we do, whether in January or the summer,” he added. “It wasn’t our day but it won’t change the way we go about our business.”