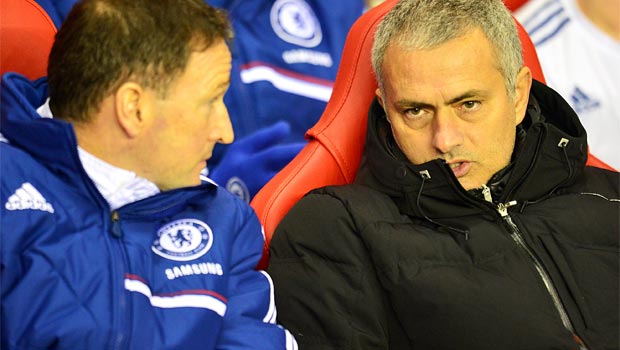 Chelsea manager Jose Mourinho admits he may need to rethink his tactics if his strikers continue to struggle in front of goal.

The Blues are currently second in the Premier League standings and just two points behind leaders Arsenal but the front men have failed to hit the heights.

Fernando Torres has six goals, while Demba Ba has bagged three and Samuel Eto’o four, and it is midfielders Eden Hazard and Oscar who have bailed the Blues out with 14 strikes between them.

And the hit-men were again found wanting on Tuesday night as Chelsea were beaten 2-1 by Sunderland after extra time to end their participation in the Capital One Cup.

The Londoners enjoyed the majority of the possession at the Stadium of Light but could not find the target, with a Lee Cattermole own goal all they had to show for their efforts and Eto’o and Ba spurning several chances.

Mourinho has always been known for setting up his teams to make them hard to beat and it has paid off in the past, with two Premier League titles in his first spell in charge at Stamford Bridge.

But he promised a new style of football in his second coming with the focus on scoring more goals and creating more chances.

But, with his strikers misfiring, the Portuguese tactician admits he is in two minds as to whether to go back to his old ways.

“When you are a very offensive team and you don’t score enough goals to win matches, maybe the right approach is to be more defensive, concede less goals and win matches with the few goals we score,” he said.

“But that’s not what I want because that is not what we have in mind, in the building-up of this team.”