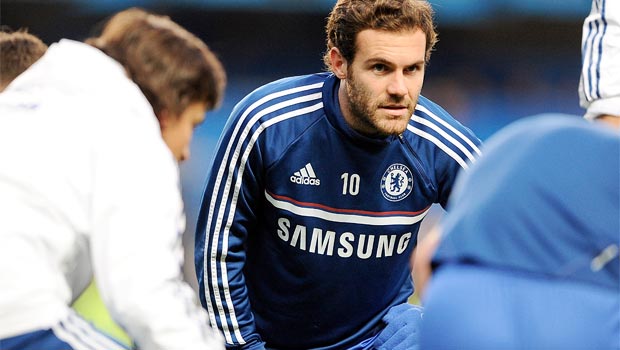 Jose Mourinho says he will not stand in the way of Juan Mata if the Spaniard decides he wants to leave Chelsea in the January transfer window.

The 25-year-old was the Blues’ Player of the Season last term but has found life much harder since Mourinho returned to Stamford Bridge.

Mata has started just nine Premier League matches so far and was visibly frustrated when withdrawn 53 minutes into the New Year’s Day clash with Southampton.

The former Valencia man had to be calmed down by his team-mates on the bench, with Mourinho claiming after the game that the playmaker’s anger stemmed from the game and was not directed at him.

The outburst by Mata is unlikely to do his cause any favours and will only strengthen the rumours concerning his future at Chelsea.

Mourinho says the club do not want to sell Mata but admits that if the World Cup winner makes it clear he wants to go then he will not stand in his way.

“I want to keep him. I don’t want him to go. That is my opinion, my wish, but my door is open,” the Chelsea manager said.

“The club’s door is open too so when a player wants to speak to us we are there waiting for them.

“If you are asking do you want the club to sell him? I don’t want to.”

Mourinho went on to say he could also be forced to allow Michael Essien to leave the club after the midfielder’s agent revealed the Ghanaian is considering his future at Stamford Bridge.

Essien is frustrated at his lack of game time this season but Mourinho refuses to offer him any guarantees about his involvement in the first team.
“I offer nobody – not Michael, not nobody (guaranteed playing time),” the Portuguese said.

“I understand that players think about national team, the World Cup and playing regularly, but my players have to think of the team before the players. Michael knows that perfectly.”