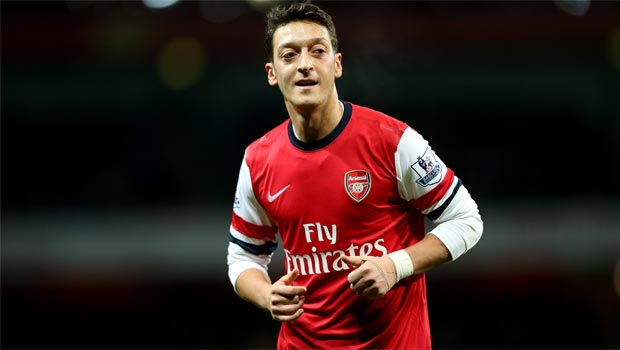 Chelsea boss Jose Mourinho feels Mesut Ozil is the man his side have to stop in Monday night’s Premier League clash at Arsenal, but he admits keeping the German quiet for the entire 90 minutes will be ‘impossible’.

The Portuguese tactician will take his side to the Emirates Stadium for the eagerly-awaited pre-Christmas showdown knowing that a win against Arsene Wenger’s side will see them join Liverpool on 36 points at the top of the table.

However, the Gunners will go top outright with three points and this would no doubt increase the expectation that the north Londoners could go on and lift the Premier League title and end their trophy drought, which will stand at nine years by next summer.

Mourinho, who signed Ozil for Real Madrid from Werder Bremen, feels Wenger’s club record £42million acquisition of him has ‘completed the puzzle’ for Arsenal this season, and he is in no doubt that his Chelsea side must do all they can to stop him pulling the strings on Monday.

Mourinho said: “He arrived, Arsene gave him the shirt, immediately he starts playing and immediately the team becomes better.

“He’s a phenomenal player. He’s one of those players that you buy and you complete the puzzle of your team.”

He added: “I know his strong points. Not the weaknesses.

“I think I know how to try to stop him to be in the game (for) 90 minutes, with 90 minutes of direct influence.

“But it’s impossible to stop him for 90 minutes, because these kind of players they will have always a moment or a couple of moments where you cannot stop them and they end up showing why they are so good.

“To stop him completely, I don’t believe we can.”