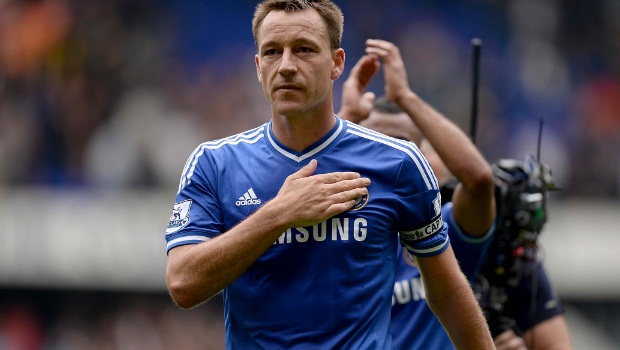 Chelsea boss Jose Mourinho has admitted that he has not spoken to club skipper John Terry about the possibility of an England recall.

The former England captain retired from international football after the Anton Ferdinand affair but despite being out of the international setup, Terry is currently keeping Three Lions regular Gary Cahill out of the starting XI at Stamford Bridge.

Terry struggled for regular game time under Rafa Benitez, who preferred Branislav Ivanovic at centre-half, although the former appears to have been given another chance under the Portuguese boss.

Under Roy Hodgson, Cahill has secured a place as a first-choice centre-half alongside Phil Jagielka, although in recent weeks there have been rumours about a possible England return for Terry.

Mourinho insists that the decision for Terry to resume his international career is between the player and Hodgson, and that they have yet to discuss the possibility of a comeback.

“I’ve not spoken with him about it (England). I just tried to recover his status as an important player. When a player plays for a big team it’s because he’s good enough to,” Mourinho said.