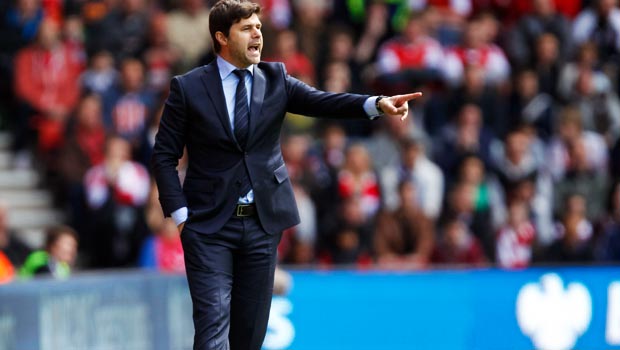 Former Tottenham midfielder Darren Anderton believes that new boss Mauricio Pochettino is the right man to guide the north London outfit back to the top four, following his appointment on Tuesday.

Spurs have been without a boss since the sacking of Tim Sherwood at the end of the campaign after just five months at the helm.

Sherwood was unable to secure the club?s main ambition of a Champions League spot and Pochettino has now been handed a five-year deal as he looks to secure qualification into Europe?s elite competition.

The Argentinean has attracted a lot of interest since he made the move to England in 2013, turning Southampton into a club with European ambitions with an attractive style of play.

“I think he’ll be great at some point,” Anderton said.

“He’s a very good manager but they’ve got to give him time; give him a chance to bring in the players he wants.

“The fans have been starved of success for too long but they have got to be patient.”

Tottenham have been through eight managers in the last decade but Anderton is hoping that the former Espanyol boss can bring some much needed stability to White Hart Lane.

Anderton insists that the modern-day attitude of hiring and firing so quickly is a real problem and he believes that is one reason why his former club has suffered.

“It’s happened far too many times in recent years,” he added. “We haven’t had success off the back of that.”