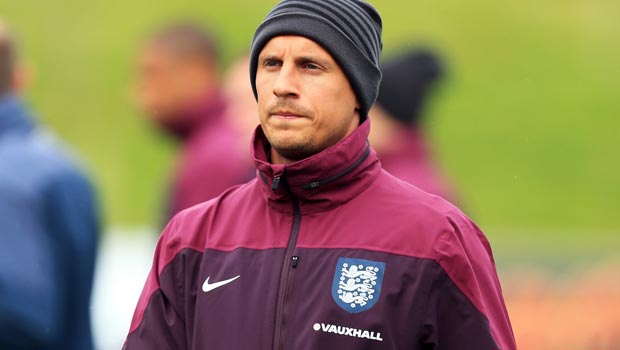 England defender Phil Jagiellka admits that it has been “difficult” having to deal with calls for former international John Terry to return to the Three Lions fold.

Terry announced his retirement from international football in 2012 after being suspended by the Football Association for charges of racial abuse.

Since Terry’s withdrawal from the set-up, Jagielka has been a mainstay in the heart of the defence alongside Gary Cahill.

Many believe that the relationship Terry and Cahill have developed during their time at Chelsea would benefit the England side, who are valued at 25.00 to win the World Cup.

However, Jagielka insists that it has been hard to field questions from the press on the topic as he looks to focus on the upcoming World Cup in Brazil.

Jagielka said: “I did an interview the other day and it was all about how exciting our attacking play looked for the World Cup but ‘would our defence be OK?’ and I felt like laughing.

“Our defensive record in the qualifiers was pretty decent but I can’t stop what people are going to ask. I just have to put on a smile and keep going.

“I can’t say I particularly like hearing it but I understand why it comes up. Gary and JT play together at Chelsea, they play in the Champions League and were contenders to win the Premier League.”

England have friendlies against Peru, Ecuador and Honduras to come before the they start their World Cup campaign against Italy and the Everton man hopes that will give him an opportunity to work with Cahill.

He added: “I’ve played quite a lot in qualifying and I have built up a good relationship with Gaz. We haven’t played together for a little while and hopefully the next three games will give us the chance to get that relationship going again.

“[I’m] not 100 per cent sharp – hopefully if I can get some time on the pitch in these next three games I’ll soon be a lot fitter.”