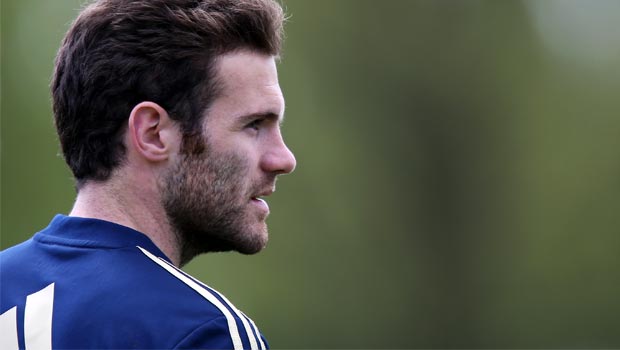 Juan Mata has set his sights on winning the Premier League title with Manchester United after completing his £37.1million move to Old Trafford.

The Spanish ace will be officially unveiled to the media on Monday, but he has already spoken out about his move from Chelsea to Manchester United and says he is determined to bring silverware to the club, with the league title the number one objective for him.

“I would like to win the Premier League,” he said in an interview with in-house TV channel MUTV.

“It’s a very, very special trophy and I think at this club you can achieve anything. I am young and I have been lucky enough to win some trophies, but I want to win a lot more.”

That would appear to be a little bit fanciful in this campaign as United sit in seventh place, a massive 14 points behind leaders Arsenal, and is one of the reasons Jose Mourinho allowed the playmaker to move to Old Trafford.

Had United been challenging for the Premier League title it is thought Mourinho would have blocked a move, but as it is he was happy to sell for a big fee.

It even came as a surprise to Mata, who added: “To be honest I think it’s a bit surprising, but I have to say I am really grateful to Chelsea – to the owner, to the people working in the club and to the fans.

“The last six months were difficult for me, I didn’t play as much as I wanted to.

“I understand that football is a team sport and I respected that situation. But the chance to come to Manchester United was a great chance for me to carry on with my career, they are a massive club.”

United are 85.00 to retain their Premier League crown this season with arch-rivals Manchester City still the 2.00 favourites.