Mata’s attempt produced the only goal in the match 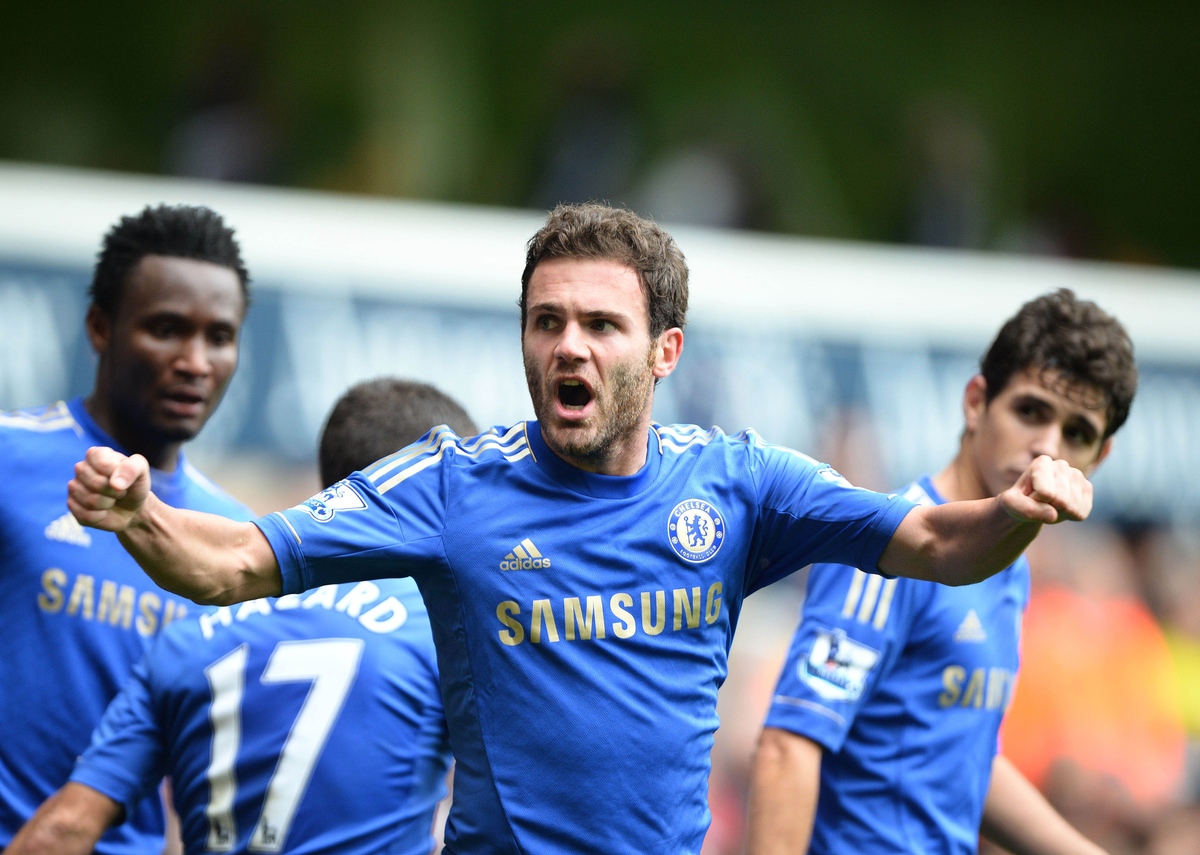 Chelsea beat Manchester United 1-0 to cement their place in the top-four of English Premier League.

Juan Mata’s 87th minute strike deflected off of Phil Jones and redirected to the back of the net to give the Blues three points and sending them to third place.

United’s Rafael was sent off after kicking out at David Luiz.

Though Sir Alex Ferguson claimed he would not field a weaker team since they have already secured the league title, United’s relaxed attitude was evident from thes tart.

Veteran Ryan Giggs assumed the role normally played by Michael Carrick, and the Welshman took some time to find his passing touch.

However, just before half time, the veteran gave Robin van Persie a decent opportunity when he crossed from the left, but Petr Cech was up to the task and stopped the ball.

Chelsea could have taken the lead in the 15th minute when Frank Lampard picked out Mata in the box. But the unmarked midfielder failed to make contact with his header and Rafael cleaned out the mess.

The lacklustre match only picked up in the final minutes of the game.

Wayne Rooney went down just outside the box and claimed that he was fouled by Ramires. However, with no whistle blown the Blues were on a counter attack. With numbers on their side, Chelsea eventually had an attempt through Mata and his effort hit Jones to redirect the shot into the post and in for a goal.

The hosts then started to get frustrated and Rafael was sent off for lashing out on Luiz after believing the visiting defender swung an elbow.

Tussling began as Oscar waved an imaginary card, while Giggs got angry for the Brazilian’s actions but when the two sides settled, referee Howard Webb drew a red card to send Rafael to the showers early.