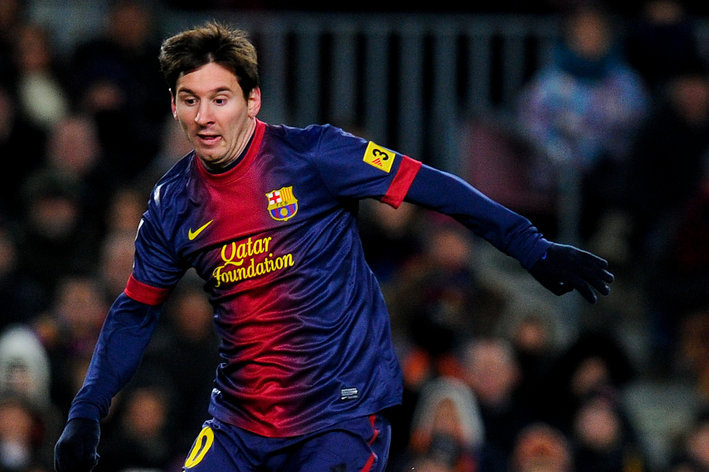 Lionel Messi came on as a substitute to rescue Barcelona as they came from behind to beat Real Betis 4-2.

Despite sitting out in matches, including the second leg of their Champions League semifinal tie against Bayern Munich, the Argentine made a second-half appearance to score a sensational free-kick and a tap-in to help the Catalans win after trailing 2-1 at one point.

With Messi on the bench to start the match, David Villa, Alexis Sanchez and Cristian Tello led the Barcelona attack.

However, they quickly fell behind as Dorlan Pabon capitalised on errors from Alex Song and Jordi Alba to fire past goalkeeper Pinto in just two minutes.

The hosts bounced back quickly, though, as Andres Iniesta’s cross found Sanchez to head home a shot.

Tello and Villa had their chances to take the lead but had either weak attempts or were often wide.

Just before half time, they appeared certain to score after Tello’s fierce strike could have crossed the line. The goal was not allowed and resulting replays were inconclusive.

But it was Betis’ Ruben Perez’s effort just moments after which were definitive as his strike from 30 yards crushed into the top-left corner to give them a 2-1 lead at the break.

Trying to fight back, the Catalans leveled the score after 10 minutes with Villa’s diving header bounced through the keeper’s legs.

However, his celebrations were cut short as Messi was already on the sidelines to replace the striker.

Making his presence felt, the Argentine quickly scored just after two minutes of coming on with a free-kick that was tucked into the top-right corner to give the hosts the lead for the first time.

And securing three points for the La Liga leaders, Messi stabbed in his second goal after a play from Iniesta to Alexis set-up an easy goal for their star.