Mayweather dominates the battle against Guerrero 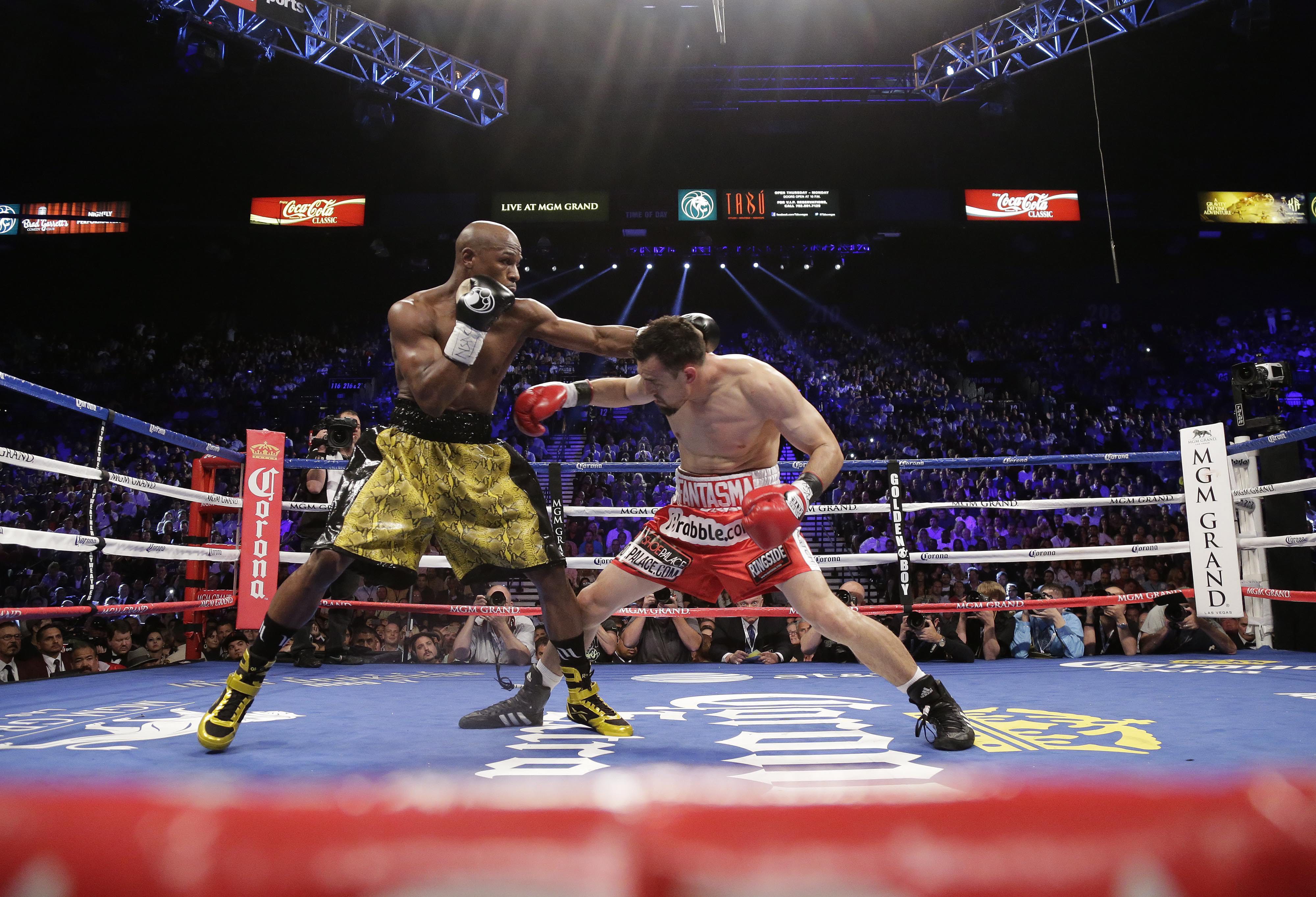 The American fought his first match in over a year but did not show any ring rust as he immediately went to work against Guerrero. His early domination and methodical pace earned him a 117-111 score on all the judges’ cards.

Guerrero had his moment in the second round, forcing Mayweather to the ropes with well-timed left hand.

However, “Money” gave his share of punches in the succeeding round, setting the tempo and keeping his opponent at bay.

He eventually opened up a cut over Guerrero’s eye in the eighth round, buckling his knees in the process, but the heavy underdog was game and did not go down.

In the last third of the battle, Mayweather’s superior conditioning was evident and he used slick movement and superior speed to comfortably beat his opponent.

After the match, Mayweather shared his thoughts on his opponent saying, “We did it again, I take my hat off to Robert Guerrero. He’s a true warrior.

“I feel bad I didn’t get the knockout that the fans wanted. I was still trying to go for the knockout but it didn’t happen,” said Mayweather who is now 44-0 in his professional career.

He also took time to thank his dad, Floyd Mayweather, Sr. for helping him in his camp. “I needed my father tonight. My defense was on point and he told me to stick with my defence and that the less you get hit the longer you last.”

When asked, Guerrero said: “I landed some good shots on him, but he’s a great fighter. He’s slick and quick.”