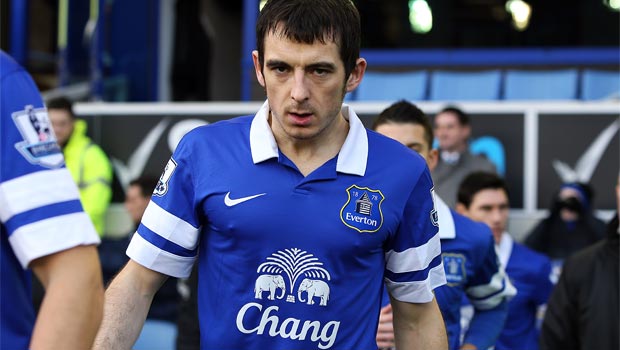 The 29-year-old is expected to sign a new long-term deal with the club, with reports suggesting he could earn £75,000 a week.

The England international joined the Toffees from Wigan Athletic in August 2007 for a fee of £6m.

Former boss David Moyes has tried on two occasions to sign him but Baines looks set to stay on Merseyside as he tries to help his side qualify for the Champions League this season.

Speaking about a possible deal, Martinez told BBC Radio 5 live’s Sportsweek programme: “Clearly the situation of Leighton Baines is a priority because of the length of his contract.

“He has got 18 months left on his deal and we need to solve that to make sure one of the biggest icons we have at the club stays here for as long possible. The situation is very clear.

“Leighton Baines is more than a footballer for us. He is in the best moment of his career and one of the best left-backs in European football.

“He represents more than being a player for Everton, he is an icon for us.

“When you get a player like that you want to keep him at the club and we are going to do everything that we can to try to do that.”

Martinez will be hoping Baines can stay fit following a recent lay-off with a foot problem, but he may be rested for the trip to Stevenage in the FA Cup on Saturday, with the Toffees 8.50 to go all the way in the competition.