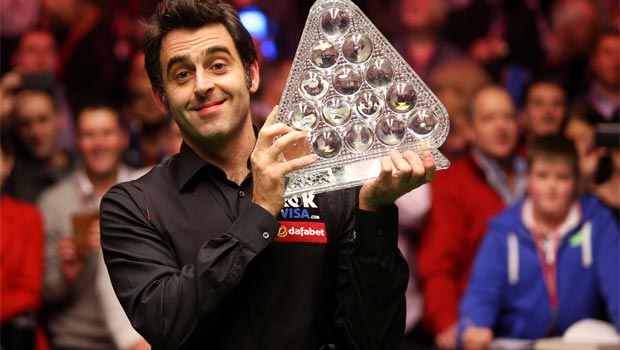 In the past, O’Sullivan has had trouble dealing with Selby, but on this occasion he proved his quality to take the title. In his recent autobiography, O’Sullivan described Selby as ‘The Torturer’ but he didn’t suffer on this occasion as he recorded the convincing victory.

The ‘Rocket’ started the final on form, with scores of 97, 70 and 96 to help his cause. By the mid-session break, it looked like Selby could be whitewashed but he managed to pull a break back to claw it back to 5-1.

Selby’s grip on the title started to fade in the afternoon session, which eventually ended with O’Sullivan 7-1 in front. Heading into the final session, O’Sullivan once again started strongly to make it 8-1 but before Selby tried to start a late revival.

The champion got it to 8-3 before O’Sullivan fought back to make it 9-3. An impressive 67 helped Selby continue as he made it 9-4 but the match was over just one frame later.

Speaking after the match, O’Sullivan said: “To get five Masters titles is a dream, I also have five world titles and four UK titles, it is more than I dreamed I would get.

“I am older than Mark and some of these guys, giving him eight years, so it is great to still be competing with them.

“I would like to go on and be a player who wins a world title at 40, when you see what the likes of Tom Watson have done on golf. Three on the bounce would be great.”