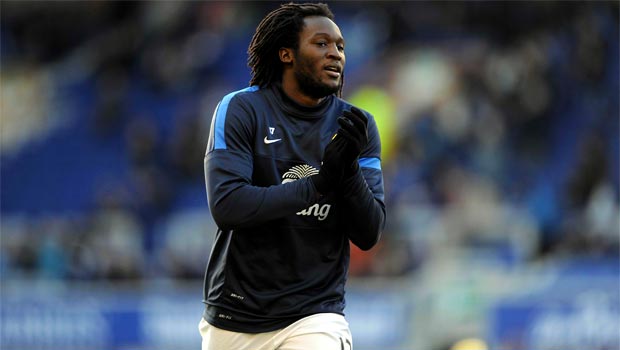 Everton boss Roberto Martinez says there is no chance of the Toffees signing Romelu Lukaku this month but hopes to hold talks over a permanent deal for the Belgian at the end of the season.

The 20-year-old has been a huge hit on Merseyside since joining Everton on a season-long loan deal at the start of the campaign, scoring nine goals in 17 Premier League appearances.

The forward’s goals and all round ability have played a huge role in Everton’s successful campaign to date, the Toffees starting the weekend in fifth, seven points off top spot.

Martinez has lavished plenty of praise on Lukaku since his move and has made no secret of his desire to keep him at Goodison Park beyond the end of his loan agreement.

However, Everton’s hopes of signing Lukaku appear to be slim as the coaches at parent club Chelsea rate him very highly, even if manager Jose Mourinho has said he is unconvinced of his Premier League credentials.

Martinez says there is no chance of holding any preliminary talks with Chelsea this month about a permanent deal but hopes that come the end of the season the two parties might be able to sit down and discuss a transfer.

“I know Chelsea are not contemplating listening to any offers and Romelu is highly regarded there,” Martinez told the Guardian.

“It’s not in the agreement [to discuss a January transfer]. The agreement we have with Chelsea is that we will wait until the end of the season and as parent club they need to be the ones that give us the hint if it’s possible or not.

“I rate Romelu as one of the best strikers in European football now. We want to keep Romelu as long as we can, but the reality is he’s on loan for the season.

“They need to be the ones that give us the hint if it’s possible or not in the future.”

While Lukaku has impressed for Everton this season goals have dried up of late, the Belgian scoring once in his last nine appearances.

However, a clash with his former club West Brom on Monday might provide Lukaku with the motivation he needs to get back on the goal trail and help Everton to a win they are priced at 4.05 with a -1 handicap.