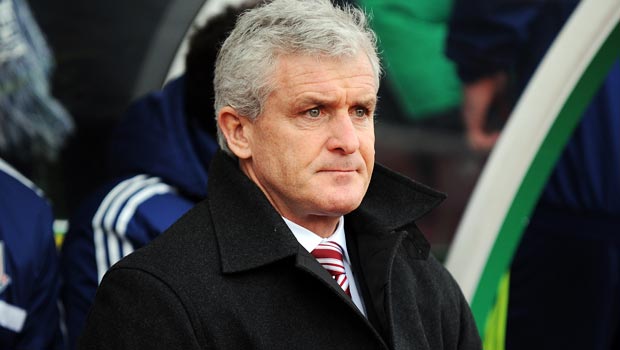 Stoke City are set to complete their second free transfer signing in 24 hours with the capture of Senegal international striker Mame Biram Diouf.

The former Manchester United forward has been a long-term target for Potters boss Mark Hughes, who looks set to make him the highest-paid player on the books at the Britannia Stadium.

Diouf’s current deal with Bundesliga club Hannover 96 is set to expire next month and he has been offered a second chance to shine in English football.

He endured a difficult spell at Old Trafford where he made only a handful of first-team appearances, spending a season on loan at Blackburn Rovers before making the switch to Germany.

His fortunes took a turn for the better in the Bundesliga where he scored 20 goals in 47 appearances over the past two seasons, becoming a firm favourite with the fans at the HDI-Arena.

Hughes has already been active in the free agent market, securing the signing of Sunderland defender Phil Bardsley on a three-year deal.

The Scotland international turned down the chance to extend his six-year stay at Sunderland earlier this month and took up the option to move to the Britannia Stadium instead.

Stoke made their interest in the former Manchester United youngster known during the January transfer window when they tried to sign him, only for the Black Cats to retain his services.

Bardsley has now got his wish of a move to the Potters and says he is excited by the challenge of playing for a new club.

“I’m absolutely delighted to be here, it’s a fresh challenge for me to join a top club like Stoke City and I can’t wait to get started,” he told Stoke’s website.