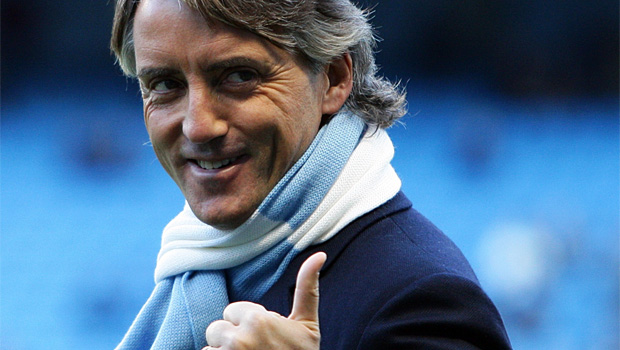 Roberto Mancini said he was looking forward to the “great challenge” of being appointed the new manager of Turkish champions Galatasaray.

The former Manchester City manager has signed on three-year-deal to replace Fatih Terim, and sees the Italian return to the hot-seat for the first time since being sacked by the 2012 Premier League champions after the shock FA Cup final defeat to Wigan in May.

Mancini brought an end to City’s trophy drought during his three-and-a-half years at the Etihad, guiding them to an FA Cup success in 2011 before capturing the coveted Premier League title the following season.

The 48-year-old has won silverware at every club he has managed, amassing three Serie A titles and four Italian Cups, so arrives in Turkey with a wealth of experience.

He tended to wear his heart on his sleeve in Manchester, and his passionate nature is sure to endear him to a set of fans who generally behave likewise. They will certainly be hoping that for his wage of 3.5 million euros in the first year and 4.5 million in the following two years that he will be able to get the best out of a side thrashed 6-1 at home by Real Madrid in their opening Champions League Group B match.

They also languish in 10th place in Turkey, having collected just seven points from five games, but with players of the calibre of Didier Drogba and Wesley Sneijder to work with, Mancini has a base to build around.

He will in fact get his first look at what he does have to work with when his new club visits his homeland to take on Juventus in the Champions League on Wednesday.

“It is a happy coincidence to meet the Bianconeri first and it is a great challenge to prepare for this game in just one day,” he told Corriere dello Sport.

“I am happy with the choice I made, as the atmosphere is different here in Istanbul.

“It’s a wonderful and intriguing challenge for me at a big club. I am convinced this was the right choice.”

After that it is down to league business as he bids to improve on what the ex-manager Terim achieved until being voted out by the board. Ironically it is the second time he has replaced Terim , having also replaced the current Turkey boss at Fiorentina 12 years ago.