Manchester United: ‘The Red Devils will be back’ – Juan Mata 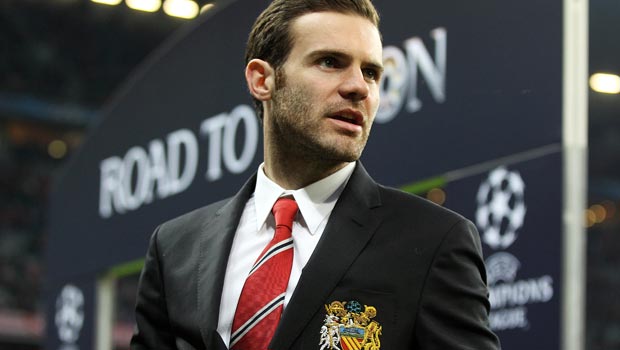 Juan Mata is confident that Manchester United will challenge for the Premier League title next season once manager David Moyes has got the players he wants.

The Spaniard was Moyes’ biggest signing when he brought him to Old Trafford from Chelsea for £37million in January and more big names are expected to follow at the end of the season.

The Red Devils have been strongly linked with the likes of Bayern Munich midfielder Toni Kroos and Southampton left-back Luke Shaw as the former Everton boss tries to put his mark on the squad.

United might have a tough time attracting the players they want though as they look set to miss out on Champions League qualification for next season.

The reigning champions currently lie seventh, ten points behind fourth-placed Arsenal with five games left to play, and are in danger of missing out on European football altogether unless they can overtake Tottenham in sixth.

Despite not potentially being able to offer any new arrivals Champions League or Europa League football, Mata remains convinced Moyes can get in the players he needs to fire United up the Premier League table next season.

“I have no doubt about it,” Mata told the Daily Mirror.

“When I joined, in all my conversations with the board and the manager about next season, they were confident about getting the right players.

“They know, and I know, we’re in a transitional moment, but in the summer they’re going to try to sign a few players and I have the faith they are going to bring top players in.

“I’m sure this club is going to come back and fight for every trophy.”

United can give their hopes of European football a boost on Sunday with victory over Moyes’ old club Everton.

The Toffees are themselves fighting for Champions League qualification and are priced at 2.31 for the win, with United at 2.95 to come away from Goodison Park with all three points.