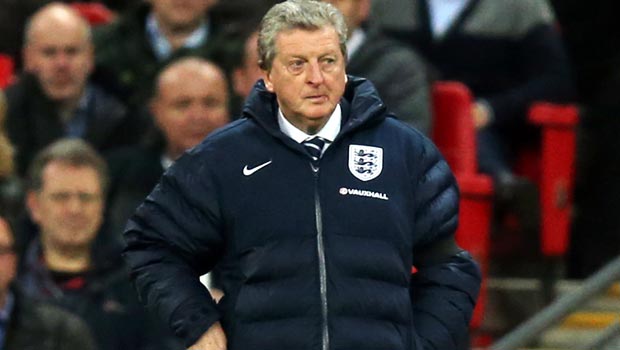 England boss Roy Hodgson is quietly confident his side can get their 2014 World Cup campaign off to a winning start when they face Italy in June.

The Three Lions have been placed in a tough group alongside Italy, Uruguay and Costa Rica, and are third favourites to finish top of the pile at 3.10.

England start with perhaps their most difficult game of the group stages against the Azzurri, in what are likely to extremely humid conditions in the Amazon city of Manaus.

The Italians accounted for England at Euro 2012 via penalties on their way to the final and are priced at 2.46 to be victorious again when they meet on June 14.

Coach Cesare Prandelli will be able to call on a wealth of star names to help him defeat England, including Mario Balotelli, Marco Verratti and Claudio Marchiso.

However, there is one man Hodgson fears above all others in the Italian set-up, Andrea Pirlo.

The former Inter Milan and Liverpool boss says he still believes that despite the Juventus midfielder’s age he will make the Italian side tick and is worried he will boss the game against England, much like he did at Euro 2012.

Asked whether he was worried about playing against Balotelli, Hodgson told Mediaset: “Do we fear him? I know him because he played in England. We have respect for everyone but if I have to give a name, I say Pirlo.

“In the last 10 years, he has made Italy play. I had him three months at Inter and he has had an incredible career.”

Despite the calibre of the opposition, Hodgson says he has faith in his players to gain revenge for Euro 2012, claiming he will try to instil a winning mentality into his squad.

“Italy are very strong,” he admitted. “Prandelli has done a great job in the last four years and I believe the Italian team has grown during this time.

“But are England defeated before we start the World Cup‘ Perhaps that’s how people in Italy see us but the game has to be played and then we shall see. I never think of being defeated before a game, I always think of winning.”

England face Uruguay on June 19 followed by Costa Rica on June 24 after their opening game with Italy.