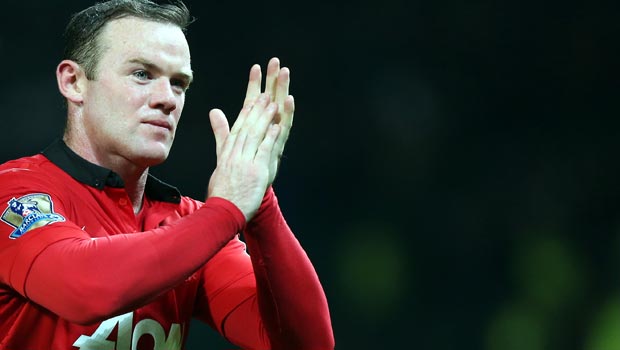 New manager van Gaal has introduced a new 3-5-2 formation at United in pre-season following his success with the system at this summer’s World Cup with Holland.

The Dutchman has been handed the task of turning the team around following a disappointing 2013/14 Premier League season and has reasons to be positive so far in pre-season.

United won all five of their pre-season friendlies during a tour of the USA and lifted the International Champions Cup with a 3-1 victory over Liverpool in Tuesday’s final.

And Rooney, a leading candidate to be named United captain under Van Gaal, believes the team has responded well to the fresh approach from their new boss.

“The players are pleased because we are playing a new system which I don’t think any of us had played before, apart from maybe a couple of the foreign lads,” said Rooney, who wore the captain’s armband and was on the scoresheet as United beat Liverpool.

“We have had to work hard in training to try and get the things he wants from us on the pitch. We’ve done that so hopefully we can get better, keep learning and it will help us in the season to get consistent.

“I think the system suits the team, not only myself. The manager came in and had a look at the players we’ve got. He’s done what he thinks is best suited for our team.

“It is still pre-season but I feel we are progressing well and playing some good stuff.

“Obviously there’s still some stuff we need to learn but we can take a lot from the five games we have had here (in the United States).”

They begin their season with a home match against Swansea City on August 16 and are 1.30 to get off to a winning start.