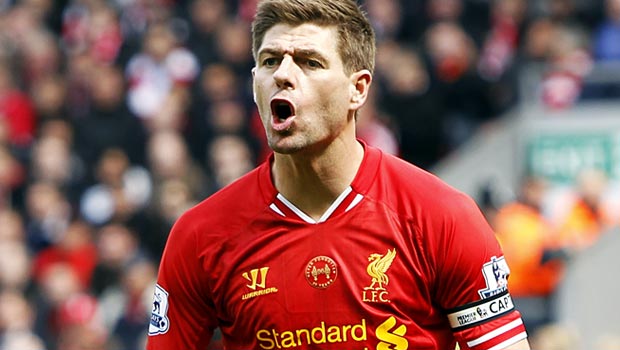 Steven Gerrard has praised the hard work of his Liverpool team-mates in pre-season and believes they are well prepared for the upcoming Premier League campaign.

Liveprool returned to Merseyside on Tuesday after a 16-day tour of the United States, in which they won three and lost two of their pre-season matches.

The run included wins against Olympiakos and AC Milan and a penalty shootout victory over Manchester City, but ended with a 3-1 defeat to Manchester United in the International Champions Cup final.

Despite being disappointing with the way the tour ended, captain Gerrard says the hard work from the players will pay dividends when the Premier League season gets under way next weekend.

“The lads have been working hard and training well with all the work outs and the tests we have had the last couple of weeks,” Gerrard told the club’s official website. “It will put us in good stead for the season, but of course it’s still disappointing to finish the tour when you lose to Manchester United.

“We’ve been building and getting better as the games have gone on. For 55 minutes against United I thought we were very good, and then obviously we tired a lot and Manchester United made us pay.

“Second half aside (against United) the performance levels have been very high and playing better opposition in pre-season will certainly help us moving forward.

Liverpool begin the 2014/15 season on August 17 at home to Southampton, who they have raided to sign Rickie Lambert, Adam Lallana and Dejan Lovren for a combined £49million this summer.

“As a whole, the tour has been very positive and worthwhile. The lads are a lot fitter and sharper now and we will be ready for Southampton,” Gerrard added.

“The games we have played have been against high calibre opposition and have been a good test for the team. For the World Cup lads, we’ve only been back now maybe 14 or 15 days and we are starting to feel a little bit better.

“The other lads are obviously a little bit ahead of us, but in a couple of weeks’ time we will all be up to speed and ready to get three points against Southampton.”

Liverpool are 1.37 to get their season off to a winning start against Southampton and are priced at 11.00 to lift the 2014/15 Premier League trophy.