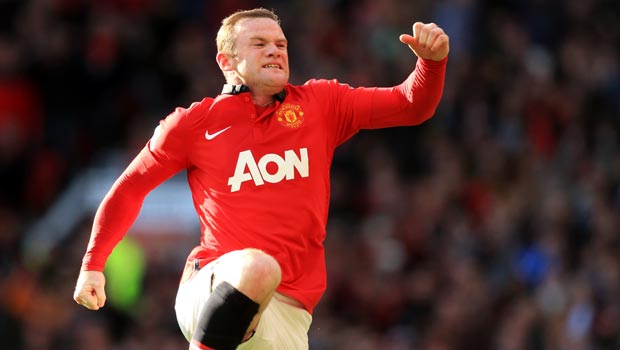 Wayne Rooney looks likely to miss Manchester United’s clash with Sunderland on Saturday as he struggles for fitness due to a combination of illness and injury.

The England international has had his injury problems of late and there had been talk he could miss the rest of the season with a toe injury sustained in the Champions League clash with Bayern Munich last month.

The 28-year-old was able to overcome that problem and played a starring role in interim manager Ryan Giggs’ first game in charge last Saturday, scoring twice in the 4-0 win over Norwich.

However, the Welshman could be forced to cope without his topscorer this weekend, Rooney having been hampered by a groin injury and a sickness bug in the build-up to the visit of Sunderland.

“Wayne has a tight groin also so obviously with the bug you have to be careful with that because his immune system is down,” said Giggs.

“Wayne being Wayne, he wants to be involved so we will just monitor it over the next 24 hours.”
While Rooney looks likely to sit out the clash with the Black Cats, United have been handed a big injury boost with the news Robin van Persie is close to returning.

The Dutchman suffered knee ligament damage in the Champions League win over Olympiakos in March and it had been feared he would miss the remainder of the season as a result.

However, the former Arsenal striker is back in training and Giggs says there is a chance he will feature on Saturday.

“Robin has looked good in training this week,” Giggs said. We will see (after training) today whether he is ready.”

United are 1.32 to make it back-to-back wins under Giggs, while relegation-threatened Sunderland are 8.20 to claim another famous away win after victory at Chelsea a fortnight ago. The draw is 5.25.