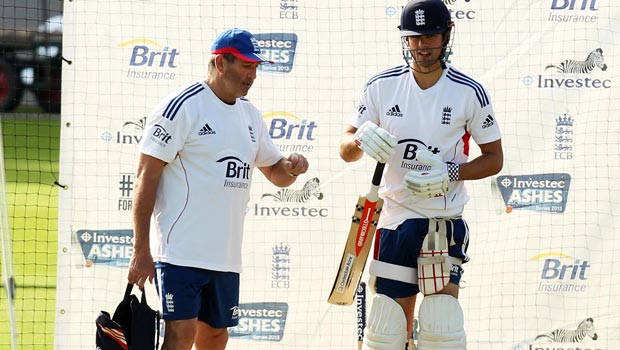 On the day new England boss Peter Moore was due to name his first squad, the ECB has announced that batting coach Graham Gooch is to leave his post with immediate effect.

The England legend, statistically the most prolific run scorer cricket has ever seen, had been working in the role on a full-time basis for just over two years, having initially answered the call of his country as a consultant in 2009.

Paul Downton, managing director of England cricket, said: “Graham has been an outstanding coach for England over the last four and a half years and is held in the highest regard by all those who have worked alongside him. On behalf of everyone involved in England cricket I would like to thank him for his incredible commitment.

“Graham’s record as a player speaks for itself but as a coach his ability to mentor and develop players has helped England achieve a huge amount in recent years. I have no doubt that we will continue to see his influence on this current generation of England players and future generations can learn a lot from his passion and dedication to the game. In the past few years Graham has developed exceptional and successful professional relationships with several England batsmen which I will encourage him to maintain.”

Gooch himself said: “I have been incredibly proud to work as England batting coach since 2009. I would like to thank Andy Flower for affording me the opportunity to be involved once again with England and contribute to the success of the team over these past four and a half years. I have many fine memories from the relationships formed with the players and staff and I know that I have given my best and I have tried to give it every day.

“After discussions with Alastair Cook he informed me that he was in favour of change. Although this was sad news, I respect his, and new coach Peter Moores’, right to implement this change of direction. In my opinion Alastair is the right man to captain England; he commands respect and will always put his body on the line for his country. He will face many challenges and have many more tough decisions to make before his journey ends. Over the last decade or so he has been the ultimate professional to work with and it has been an honour to see him develop.

“I would like to wish Peter Moores and Alastair all the very best as they look to rebuild the fortunes of the England Cricket Team.”