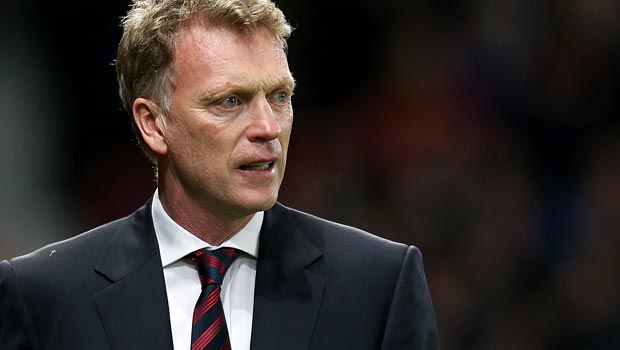 Manchester United boss David Moyes says the only pressure he has felt during his troubled reign as manager has come from outside the club.

The Glaswegian has struggled to meet the high expectations placed on United following Sir Alex Ferguson’s stellar quarter of a century in charge of the Red Devils.

And a new low was reached last weekend when they suffered a ninth Premier League defeat of the season, after going down 3-0 at home to arch rivals Liverpool.

But some of the gloom over Old Trafford was lifted by Wednesday evening’s 3-0 home win over Olympiakos, which maintains the club’s interest in the Champions League.

“I’m not feeling any pressure from inside the club. It’s all coming from you people. Everybody is fine; we know the job I have to do. It’s a big job, probably bigger than we all expected when I first came in,”
Moyes told Sky Sports.

“I see myself here for a long time but I’ve got a big job and there are a lot of things I’ve got to do and I’m not going to be able to do it all immediately. The one thing they did show was a great, big heart.

Despite making it through to the last eight, United are rank outsiders along with Borussia Dortmund to win the Champions League and are available at odds of at 17.00.

Dutchman Robin van Persie claimed all three of United’s goal before being carried off on a stretcher after hurting his knee in a challenge with Giannis Maniatis.

Moyes is confident his star striker will not be sidelined for too long though.
“He has got a knee in the back of his knee but hopefully it is not too bad,” he said.

Seventh-placed United are back in domestic league action on Saturday when they tackle West Ham at Upton Park.