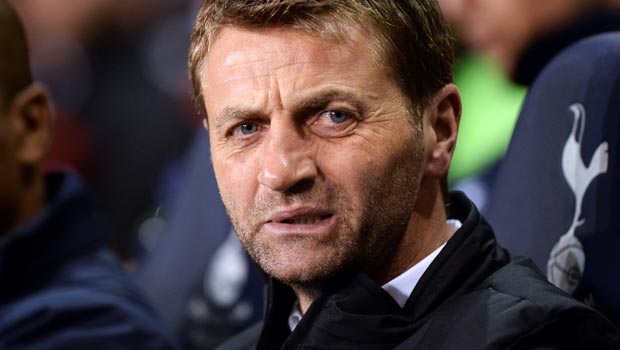 Spurs boss Tim Sherwood says he will try and make peace with opposite number Jorge Jesus – whatever the outcome of tonight’s Europa League tie against Benfica.

The Portuguese giants hold a 3-1 lead after the first leg at White Hart Lane following Luisao’s brace and a goal from former Bolton forward Rodrigo.

Jorge Jesus celebrated his side’s third goal by giving a three-fingered salute to the Spurs bench, an act that angered Sherwood at the time and ever since, judging by his comments to the press in the build-up to Thursday’s rematch.

He said: “I know exactly where he was coming from and I know what I saw. I have got no respect for the man,” Sherwood said.

“I’ve got respect for the football club and I’ve got respect for his players. The club is a huge club and we’ve had a lot of emails from Benfica fans apologising for their manager’s behaviour. At the end of the day, I will shake his hand, because they are a giant of a club.”

Benfica are strongly fancied to successful come through this last-16 shoot-out, and are priced as second favourites to win the competition outright at 4.80. Spurs are available at 45.00.

If Spurs are going to defy the odds they will have to do so without a number of senior defenders at the Estádio da Luz.

Younes Kaboul is suffering from an unspecified injury, while fellow centre-backs Vlad Chiriches, Michael Dawson and Jan Vertonghen are also out.

As a result, Sherwood could be forced into playing defensive midfielder Sandro in the heart of his defence.

England right-back Kyle Walker may also miss the trip to Portugal because of a nagging pelvic complaint.

“Coming over here without a centre-back will be difficult; players will be playing out of position.

“It is not a time though to blood young players in this game – it could be very tough for them.

“It is a very tough task – we are going to do our best with the players we have brought. We hope to have a threat on the break.

“We were disappointed to have conceded from two set-pieces in the first leg, but we are going to give it a good go.”