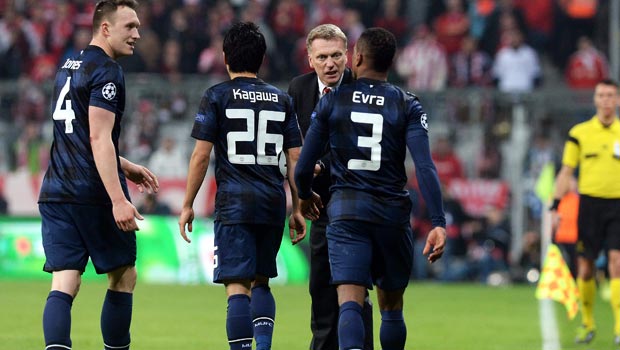 David Moyes has admitted that it will not be ‘easy’ to bring in the transfer targets he wants as he looks to re-establish Manchester United as force in the Premier League once more.

The former Everton boss has been charged with the task of replacing Sir Alex Ferguson in the Old Trafford hot-seat and although few expected him to enjoy the same kind of success as his compatriot in his first year, things have still not gone according to plan for the Scot.

A title challenge never materialised but a place in next season’s Champions League is now looking an impossible task, while qualification for the Europa League is far from guaranteed.

Although United made it to this season’s Champions League quarter-finals before succumbing to holders Bayern Munich 4-2 on aggregate, Moyes is expected to be heavily involved in the transfer market this summer.

There has been much speculation about the size of the war chest that Moyes will be given to reinforce his squad, while there have been a host of players already linked with a potential move to the club.

Although there is no doubt that Moyes will be active this summer, the 50-year-old has conceded that the upcoming World Cup will not be making his attempted moves any easier.

“It’s difficult as players are going to be going away for the World Cup so it’s maybe not quite as easy as, ideally, all clubs would like to get the work done early,” he said.

“We cannot guarantee it but we will try to make that happen. I’ve got to say I’m well into my planning with my thoughts and ideas, getting ready for next year.”

Moyes remained coy on potential targets but did warn Manchester United fans that not every player that will inevitably be linked this close season will actually be one of his targets.