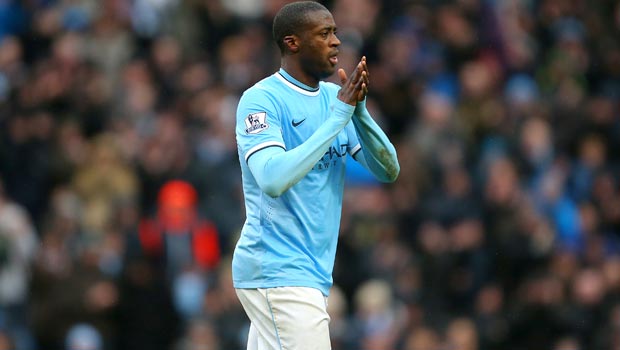 Yaya Toure has admitted he could be playing for another club next season amid talk he is unhappy with the treatment he has received at Manchester City.

The Ivory Coast international’s agent gave a bizarre interview on Tuesday in which he revealed his client was “very upset” with what he perceived to be a lack of respect from City’s owners.

His representative, Dimitri Seluk, claimed the 31-year-old’s birthday had not been recognised by the club earlier this month, despite video footage emerging showing Toure receiving a cake with the City emblem on it.

Toure later posted a series of comments on Twitter in which he joked about the incident initially before adding that what his agent said was true.

“Don’t take words that do not come from my mouth seriously,” Toure tweeted.

But he then posted a message that read: “Everything Dimitri said is true. He speaks for me. I will explain after the World Cup.”

An interview with the former Barcelona man, which was recorded before Seluk’s comments were made public, has since been broadcast which adds further weight to the speculation surrounding Toure’s future.

Talking to beIN SPORTS, Toure was asked whether he could move to another club this summer and replied: “Yes. We never know in football.

He went on to add that he would be focusing on the World Cup for now before sitting down with his agent to discuss his options.

“Because of the brilliant season Man City have had, everybody is talking about me and everything is open,” he added.

“My agent, Dimitri, is always on the phone and he knows what he has to do because I trust him a lot.

Toure will be key to Ivory Coast’s hopes of progressing from Group C at the World Cup, with Colombia, Japan and Greece standing in their way.

The African nation is priced at 4.50 to win the group while they are 1.90 to qualify for the knockout stages.