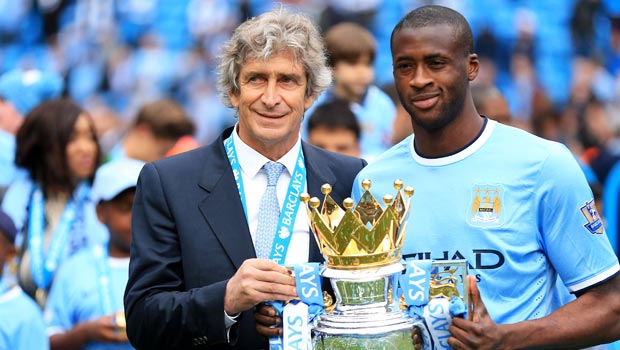 The agent of Manchester City midfielder Yaya Toure has described the club’s board as “sick” after they failed to wish the player a happy birthday.

The quotes from agent Dimitri Seluk have sparked speculation about the future of Toure, who was pivotal in the team’s Premier League title-winning campaign this season.

The 31-year-old Ivorian scored 20 goals and made nine assists in the English top flight to help them win a second title in three years.

But after being snubbed on his birthday last week, Toure’s agent has claimed he feels undervalued by club’s top brass.
“None of them shook his hand on his birthday. It’s really sick,” Seluk told BBC Sport.

“He got a cake but when it was Roberto Carlos’ birthday, the president of Anzhi gave him a Bugatti.

“I don’t expect City to present Yaya with a Bugatti, we only asked that they shook his hand and said ‘we congratulate you’. It is the minimum they must do when it is his birthday and the squad is all together.”

While reports claim Manchester City are not troubled by the outburst from Seluk and do not expect their star player to leave, his agent believes the incident has made him unhappy at the Etihad Stadium.

“The club’s owners ate a 100kg cake after winning the Premier League this season but when they and the players were all together, none of them shook his hand on his birthday. It shows they don’t care about him.

“Of course Yaya is upset about this. It is his birthday and nobody said anything or shook his hand, so he does not feel comfortable.”

Toure signed a new contract worth £240,000 a week with City in April last year, keeping him at the club until 2017. The Sun newspaper believes the midfielder is hoping for a return to Barcelona and is willing to take a pay cut to rejoin the Catalan giants.