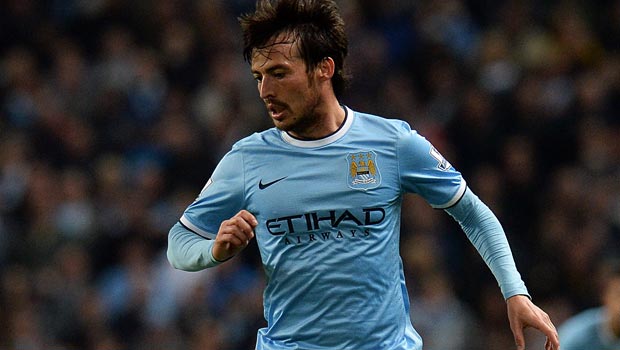 Manchester City are anxiously waiting for news on David Silva’s ankle injury which he picked up in the side’s vital 3-1 win against West Brom at the Etihad Stadium on Monday night.

Manuel Pellegrini’s men kept their Premier League title hopes alive with a win against the Baggies as goals from Pablo Zabaleta and Sergio Aguero had them two up inside the opening 10 minutes.

Graham Dorrans got the visitors back in it with a wonderful strike on 16 minutes before Martin Demichelis sealed the win for the hosts nine minutes before half time. It leaves City within six points of league leaders Liverpool but still with a game in hand.

However, they were rocked by the loss of Aguero and then Silva in the space of six second-half minutes with the latter being stretchered off after going to ground holding his ankle.

Afterwards Pellegrini played down fears over Aguero but revealed that they will no more about Silva’s injury later on Tuesday, while admitting that he has been carrying an ankle problem for several weeks.

“We will see tomorrow what has happened,” he said after the game. “David played the last three games with pain in his ankle and that is why it wasn’t possible for him to play against Sunderland (last week).

“He got a kick some weeks ago and every week he has played the game with pain. It is hard to tell without the doctors giving their assessment but hopefully it will be a short-term injury.”

If Silva is ruled out for the remaining four games City are at least set to be handed a boost with the return of Yaya Toure from a groin injury in time to face Crystal Palace at Selhurst Park on Sunday.

“Yaya, I think, can be fit for next game,” Pellegrini added.

City are 5.50 to win the Premier League after Monday’s victory while Liverpool remain favourites at 1.17.