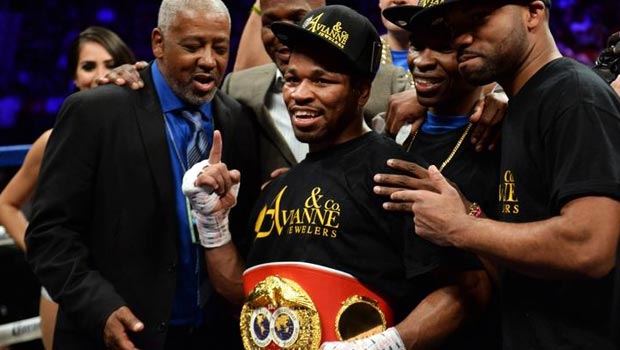 Golden Boy promoter Richard Schaefer believes the ‘sky is the limit’ for Shawn Porter after his impressive victory over Paulie Malignaggi.

The IBF champion was defending his title for the first time after beating Devon Alexander, and he looked a cut above his opponent in Washington on Saturday night.

Malignaggi was stopped inside four rounds after hitting the canvas on two occasions during the fight.

Porter must face Kell Brook in his next bout, with the Sheffield boxer now ranked as his mandatory challenger. The pair must meet before July 19, but Schaefer insists they are not worried about facing the Brit.

At welterweight, Porter has plenty of options with Floyd Mayweather also in his sights. Mayweather must get past Marcos Maidana before a possible bout with Porter, but Schaefer is confident his star can go all the way.

“The Sky’s the limit. I see big fights,” Schaefer said.

“Clearly he’s one of the best welterweights now and I think a threat to everyone after you’ve seen what he’s done with Devon Alexander, another wonderful fighter, and following that up with Paulie Malignaggi. It’s the hottest weight class.

“I’d love to see the match-up with someone as young, as aggressive, as relentless as Shawn Porter.”