Manchester City: Citizens boss still up for the fight 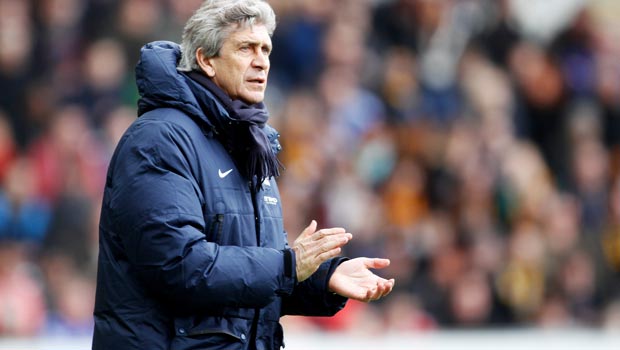 Manuel Pellegrini insists Manchester City are “still going to fight” for the title, despite falling to a dramatic 3-2 defeat at rivals Liverpool on Sunday.

The Merseysiders have now opened up a seven-point lead at the top of the table after a thrilling clash at Anfield, which swung one way and another.

A flicked header by Martin Skrtel from a corner on 26 minutes doubled the home side’s lead, with the Reds holding a deserved 2-0 lead at the break.

But City came out of the blocks quickly in the second period and got back into the game on 57 minutes, when David Silva poked home a pull back from sub James Milner. Then five minutes later Silva’s cross was deflected in off Glen Johnson to level it up at 2-2.

The result means City are now seven points behind Brendan Rodgers’ men, although they do still have two games in hand. Pellegrini’s side return to action as early as Wednesday, when they entertain Crystal Palace (Match Odds – Man City 1.16, Draw 7.10, Palace 7.17).

Pellegrini stated: “If we win our two games in hand we will be a point behind Liverpool, who still have to play Chelsea. The title does not finish today.

“We are still going to fight. A lot of things will happen between now and the end of the season.”