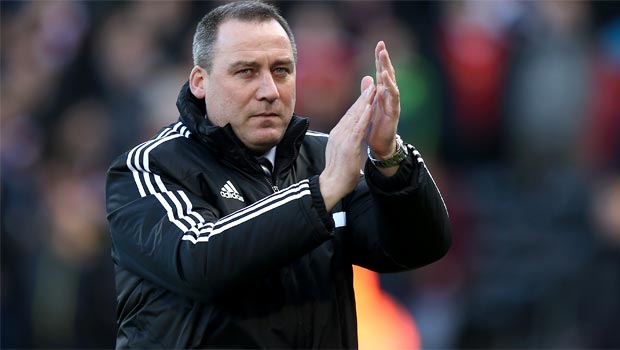 Former Manchester United coach Rene Meulensteen believes it is only a matter of time before his old team are topping Premier League again but hopes they don’t find their feet against Fulham on Sunday.

The Dutchman left Old Trafford last summer following the retirement of Sir Alex Ferguson, with new man David Moyes deciding he wanted to bring in his own staff.

The 49-year-old enjoyed three successful spells at the Theatre of Dreams as a coach but has enjoyed a less than stellar time since becoming a manager, his spell in charge of Russian club Anzhi Makhachkala in 2013 lasting just two games.

Meulensteen has since gone on to become head coach at Fulham but has found himself under pressure once again after the Cottagers spilled to the foot of the table last week.

That was the Whites’ fourth defeat on the bounce in the league, while they have also exited the FA Cup at the hands of lower league opponents Sheffield United during that run.

Meulensteen now takes his team to Old Trafford hoping to take advantage of a United equally out of sorts, despite the big-money signing of Juan Mata last month.

The Red Devils are currently 15 points behind league leaders Arsenal and Meulensteen admits he is surprised how badly they have struggled this season without Ferguson at the helm.

However, the Fulham boss believes Moyes will turn things around given time and is wary of a thrashing at the hands of United on Sunday.

“Let there be no mistake, they are still a fantastic club with a very, very good team. It is just the fact they aren’t firing from all cylinders and they will, it is just a matter of time,” said Meulensteen.

“It is a club I worked at for many years, I love the club and the people there so of course I would like to have seen them done better – all of the players know that.”