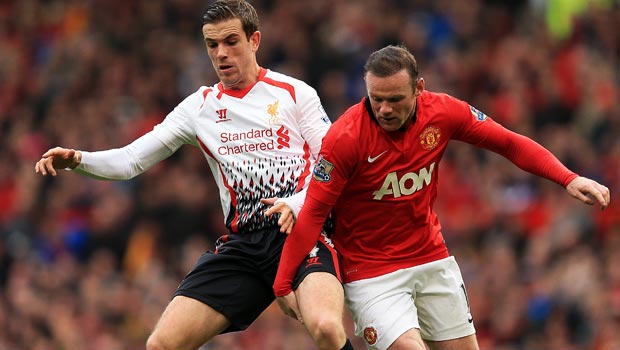 The two most successful English clubs in history meet on Sunday in a match that is always a lively encounter, irrespective of their league situation.

This season’s second league meeting takes on even greater significance though, as victory for Liverpool would keep them very much in the title hunt, while United seek the win that will see them continue to make up the lost ground on the five sides above them in the table.

United in fact are unbeaten in their last four Barclays Premier League fixtures, and have won their last two. David Moyes’s side were beaten 1-0 by their Merseyside rivals at Anfield but gained revenge of a sort when winning by the same score in the Capital One Cup encounter at Old Trafford.

That will count for nothing this time though, with Liverpool arriving after a break and on a roll, having won each of their last four league matches, scoring 15 goals in the process. The strike force of Luis Suarez and Daniel Sturridge has contributed 42 of their 73 goals, the most in the league, and the United defence is sure to be severely tested by the duo’s fast, counter-attacking style.

United can point to the fact that Wayne Rooney is back in form, having found the net in each of his last two outings, but know that they are going to have to play better than they have at any time this season if they are to harbour hopes of a repeat of last season’s corresponding fixture that saw the home side prevail by a 2-1 scoreline.