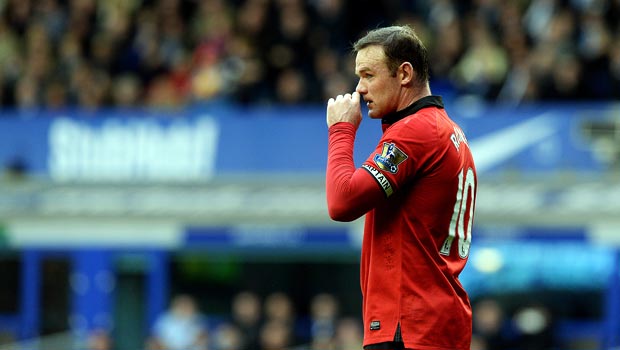 The 28-year-old England international striker missed Saturday’s 1-0 defeat against Sunderland at Old Trafford because of the problem and a stomach bug.

However, it was hoped Rooney would be able to return to action against the FA Cup finalists as United attempt to end a disappointing home campaign on a winning note.

But in his pre-match press conference Giggs revealed that he has not quite recovered from the injury and will sit out.

“Wayne is probably struggling for the game. He’s not quite recovered. We’ll continue to monitor him,” Giggs told MUTV.

It is hoped that Rooney will be fit enough for a run-out in the Red Devils’ final game of the season at Southampton on Saturday, while there is a chance of Robin van Persie returning to face Hull following a seven-week knee injury lay-off.

The game will also see defender Nemanja Vidic make his final appearance for the club at Old Trafford before he moves to Inter Milan on a Bosman free transfer in the summer.

The Serbian said: “I never considered staying in England as the only club I ever wanted to play in this country is United and I have been lucky enough to be part of this club for so many years. I’ve got so many great memories. I never could have imagined winning 15 trophies, including five Premier League titles and the Champions League.

“I’ve played for the greatest manager [Sir Alex Ferguson] and I have learned a lot, not just on the pitch but off the pitch as well.

“Manchester United make you feel part of the family. It has been a great experience for me.

“I have developed as a man at this club.”