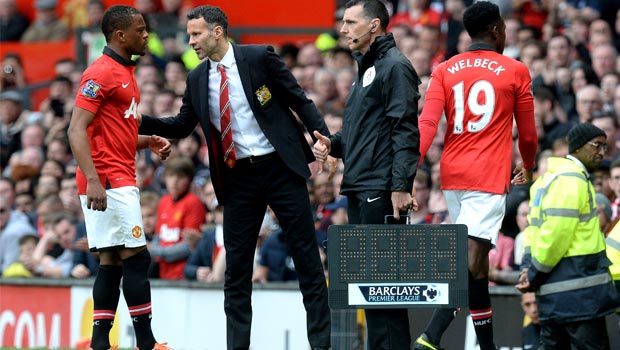 Ryan Giggs intends to bring the smiles back to the faces of the Manchester United fans and players over the remaining four games of the season.

Giggs has been handed the United job on an interim basis until the end of the season following the sacking of David Moyes, and he intends to enjoy it.

Speaking at his first press conference since being handed the role, Giggs admitted it has been a tough season for everyone connected with the club, but he hopes to finish it on a high.

Giggs also revealed the emphasis in training this week has been on fun, and says the players are looking sharp going into Saturday’s clash with Norwich.

“It’s a proud moment for me to manage Manchester United and it’s one I will enjoy,” said Giggs.

“I want to bring back some smiles on the faces of the fans. I can’t wait for the game, the players are excited too. I know the stadium will be bouncing.”

United looked flat in the 2-0 defeat to Everton, Moyes’ last game in charge, and Giggs wants to see them return to the style of play that has excited the Old Trafford faithful down the years.

“It’s been a frustrating season for everyone,” said 40-year-old. “We win together and lose together and in these remaining four games, I want to bring the positivity back.

“We have three home games at Old Trafford, where the home form hasn’t been great, and I want to see goals, tackles, players taking players on and getting the crowd up.

“I want the passion that should come with being a Manchester United player.”

United may have struggled at home this season but they are 1.36 favourites to beat Norwich, who are battling for their lives and are priced at 7.97. The draw is 4.78.