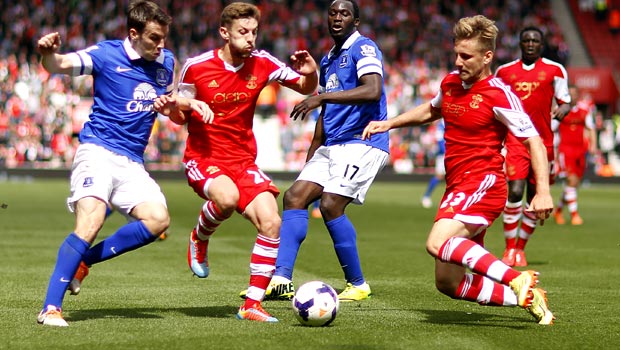 Southampton have blasted reports suggesting star men Luke Shaw and Adam Lallana have held talks with other clubs regarding summer moves away.

Reports have been rife that Manchester United are closing in on Shaw and have held talks with the player’s representatives – something which has been denied by club director Les Reed.

Chelsea and Arsenal are also sniffing around the Saints squad, with the Gunners thought to be keen on Calum Chambers, should Bacary Sagna leave in the summer.

However, Reed has played down the rumours and says no offers have come in.

“Reports that some of our players are negotiating transfers are misinformed,” said Reed. “As we stand, there have been no enquiries or offers for any of our players. That is the truth.”

There is a very good chance that offers will come in as soon as the transfer window opens, however, but Reid says they will do all they can to keep hold of their talented players.

“We have had a great season and we want to improve on it,” he added. “We want to retain the players we’ve got. They are all contracted and we intend to honour those contracts.

“Any enquiries we get will probably be met with a ‘no, not for sale’. Our intention is to keep this very good team together and build on it by bringing in players to improve on that. We have our targets and these are things we talk about on a daily basis.”

Saints will deal with any offers that come in once the season is over but for now they are focusing on finishing the campaign strongly with Everton the next visitors to St Mary’s.