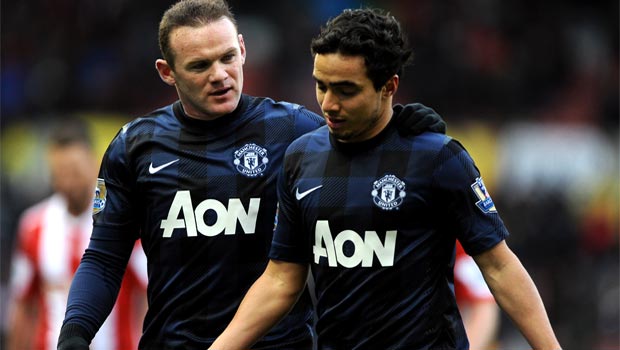 Manchester United will go into Saturday’s Premier League clash at Crystal Palace boosted by the news Wayne Rooney has agreed a new five-and-a-half year contract worth up to £300,000-a-week.

Reports in the past week have suggested that the England international striker has been close to penning a new contract.

And, while it has yet to be formally announced by United, it seems he has agreed to stay at Old Trafford beyond his 33rd birthday until June 2019.

The news will come as a huge boost for the club and manager David Moyes after he managed to persuade Rooney to stay put last summer with Chelsea boss Jose Mourinho trying to lure him to Stamford Bridge.

A fall-out with former chief Sir Alex Ferguson during the second half of last season left Rooney’s future at United in serious doubt, but he has since become an integral part of Moyes’ plans, scoring 11 goals in 28 appearances to date.

If Rooney does stay for the entirety of this new deal, he will almost certainly break the club’s all-time goalscoring record as he is only 42 goals shy of passing Bobby Charlton’s record total of 249.

In the more immediate future Moyes will hope Rooney’s commitment to United will help provide a spark to the rest of his squad who travel to Selhurst Park on Saturday evening desperate for three points as they sit 11 adrift of the top-four Champions League qualification places.

United, who are 1.56 to secure the win against Tony Pulis’ side, could have Adnan Januzaj back in the side ahead of Ashley Young, while the fit-again Marouane Fellaini is vying for a first start since early December.