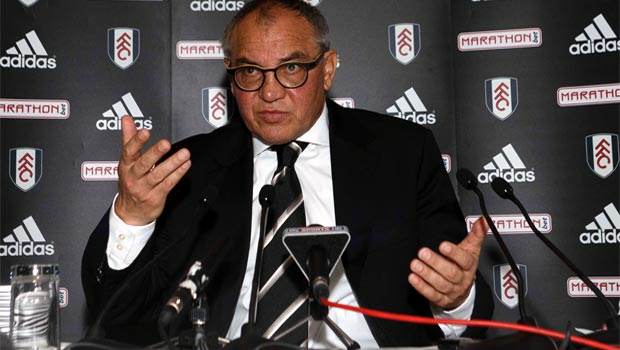 Felix Magath is looking forward to his first game in charge of Fulham at fellow strugglers West Brom on Saturday and he is confident he can keep the club in Premier League “as players are willing to avoid relegation”.

The 60-year-old German tactician was drafted in by the Londoners to replace Rene Meulensteen on February 14 and he has now had a full week to work with his squad as he looks to drum a winning mentality and formation into them.

The Cottagers are currently rooted to the foot of the table, having won just once in the last seven games, and they are four points adrift of Saturday’s opponents West Brom in the final position of safety.

Magath has described the game as “probably the most important game in this club’s history” and he is confident they can start the ball rolling in his quest to win six of their remaining 12 matches.

Magath has won the Bundesliga title on two occasions with Bayern Munich and in 2009 at Wolfsburg, but he has experience of battling relegation in his homeland with Stuttgart, Eintracht Frankfurt and Werder Bremen. And he feels the squad of players he has inherited at Craven Cottage can win their survival fight.

“We have a good atmosphere at the club when we all work together. We are able to avoid relegation and that’s now the most important thing.
“Now we have to concentrate on the next 12 games, especially on the game on Saturday against West Brom.”

Magath, whose side are 4.65 to win at West Brom, will be hoping to have striker Kostas Mitroglou back from a knee injury, while goalkeeper Maarten Stekelenburg and defender Fernando Amorebieta are also set to be assessed as they battle back from respective eye and knee issues.