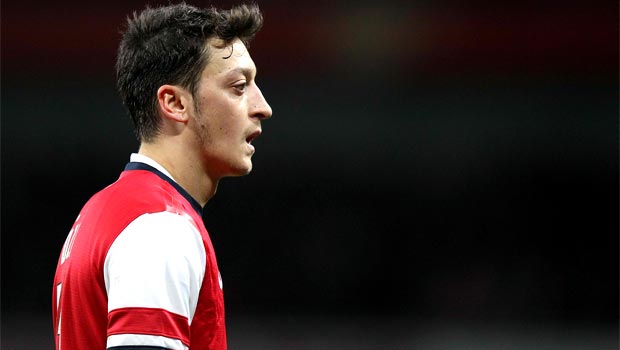 Arsene Wenger says he is not afraid to drop record signing Mesut Ozil from his Arsenal team if his performances are not good enough.

The German international earned rave reviews with his early performances for the Gunners after signing from Real Madrid in a deal worth £42.5million, but he has since struggled for consistency and there have been calls for him to be left out of the side.

Wenger says that would not be a problem as first and foremost he has to make a decision on what is best for the team, and if that means leaving Ozil out of the side, then so be it.

“What is important is always the team and you never want to hurt any player, but you don’t want to give him any favour. You have to pick the team who can win the next game,” he said.

“It is our job and the players’ job to adapt to that and not to think too much about individual cases. What is important is the team and to win the next game.

“You have to rotate until the end of the season when you look at the challenges we have in front of us, it is vital.

“We have played at Liverpool, against Man United, against Liverpool (in the FA Cup), against Bayern Munich against Sunderland. The players are only human beings.”

Next up for the Gunners is a home clash with Sunderland on Saturday afternoon and it will be interesting to see if Ozil is selected.

Arsenal are the hot 1.32 favourites to beat the struggling Black Cats, who are priced at 9.95 to pull off a shock win, while the draw is 5.21.