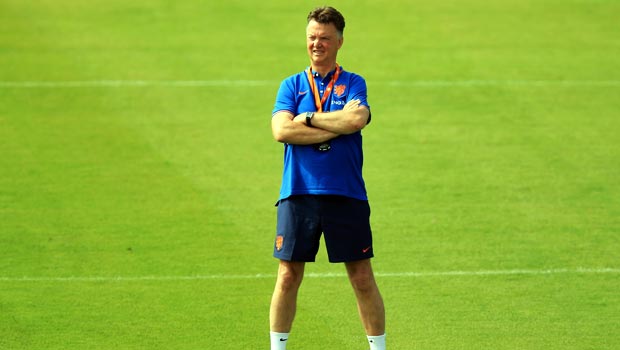 Manchester United midfielder Juan Mata has praised the impact of new manager Louis van Gaal and believes there will be a huge improvement next season.

The Dutch tactician is believed to be laying down the law at his new club and has already guided them to a 7-0 pre-season friendly win over MLS giants LA Galaxy, in which he tried out a new 3-5-2 system.

The signs are promising for Manchester United, who ended last season out of the European places in seventh, their lowest finish in 24 years.

“He is very good on and off the pitch. He is a good man and a great manager.

“He has a lot of experience; he has won trophies in previous teams too, so it’s a good chance for me to learn from him and for us to improve as a team.

“He is demanding. He is very honest, straight, speaks with everyone to his face. I think this is good, a perfect way to do it, saying what you think about the players in front of them.”

Van Gaal impressed with his tactical nous at the World Cup while still in charge of the Netherlands, guiding the Dutch to a historic 5-1 win over reigning champions Spain in their opening game in Brazil.

“That game was very, very bad for us,” said Mata. “They scored five goals against Spain so he did a great job.”

Mata, 26, is also hoping to make a bigger impact at Old Trafford next season as he reverts to his more favoured position under Van Gaal.

“If I play behind the two strikers it’s a good position (for me). I can look for the ball, I can try to assist or score, so I will try my best,” added the playmaker, who was used on the wing by ex-United boss Moyes.

“I will try to score as much as I can and try to help the team from that position.”

Manchester United are priced at 5.80 to win the Premier League and 7.50 to lift the FA Cup in Van Gaal’s first season in charge.