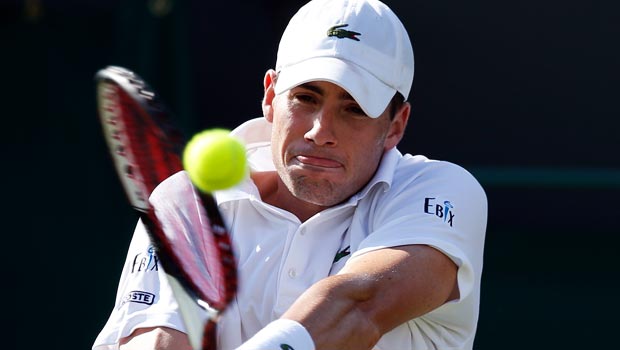 Jack Sock admits Atlanta Open semi-final opponent John Isner is the favourite to reach the final as he is suited to the hard courts.

Sock fought from behind in the first set to reach the last four in Atlanta by beating Solvakia’s Lukas Lacko 7-6 (8-6) 6-2 on Friday.

His victory set up an all-American semi-final against top-seeded Isner, who overcame Australian Marinko Matosevic 7-6 (10-8) 6-4.

But 21-year-old Sock admits his 6ft 10in opponent – also his practice partner – has an advantage in the semi-final due to his much greater height.

“We practice together almost every day now out at Saddlebrook in Tampa, and so I’m going to have to go out and use what I know from practice,” said Sock, who stands at 6ft 1in.

“These (hard) courts suit him pretty well because it’s high bouncing and when a 7-foot guy is serving down on you it’s not going to be easy.”

The pair have met on four occasions in their senior careers, with Isner winning each encounter.

The world number 12 has already prevailed 6-4 6-3 on clay at the Nice Open and won in straight sets in Newport this year.

Those victories added to previous successes in Houston last year and at Atlanta two years ago, with world number 72 Sock winning just one set.

Isner is installed as the 1.55 favourite to win the semi-final while Sock is priced at 2.47.

The other semi-final sees Germany’s Benjamin Becker take on Dudi Sela of Israel.

World number 66 Becker is the favourite at 1.76 to reach the final against 94th-ranked Sela, who is hoping to reach only his second career final and first in six years, and can be backed at 2.06.