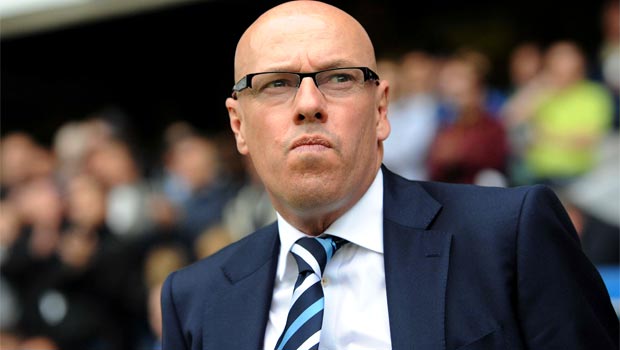 Brian McDermott has been sacked as Leeds United manager after just nine months in charge of the Championship club.

His dismissal comes as United appear to be welcoming a new owner to the club, with Massimo Cellino set to replace GFH Capital as majority owners.

He currently owns Serie A side Cagliari and has tried to buy West Ham and Crystal Palace in the past. Striker Ross McCormack showed his disapproval of the news, as he moved closer to the exit door as the end of deadline day approached. Reports in England suggested six clubs tried to sign the Scottish international after McDermott’s sacking, and the former Cardiff man has admitted he is devastated.

McCormack told Sky Sports News: “The club have decided to sack him unfortunately. Yeah he’s gone, he called me up earlier and told me he was gone. It’s hard times at the club.

“To be honest I’m absolutely gutted. I had a really close relationship with the manager, as you know he made me the club captain recently, and I said about a couple of hours ago, I was looking forward to continuing to work with Leeds United and Brian McDermott.

“I’m very happy and content at the club, but I think part of that was Brian McDermott and obviously if I had known earlier on that this was going to happen, I would have a right decision to make.

Cellino appears to have his own plans for the club and he has reportedly lined up a number of loan moves from Italy as he tries to push Leeds into the Championship play-offs.

United sit just eight points off the top six and they can be backed 25.00 to be promoted to the Premier League this season.