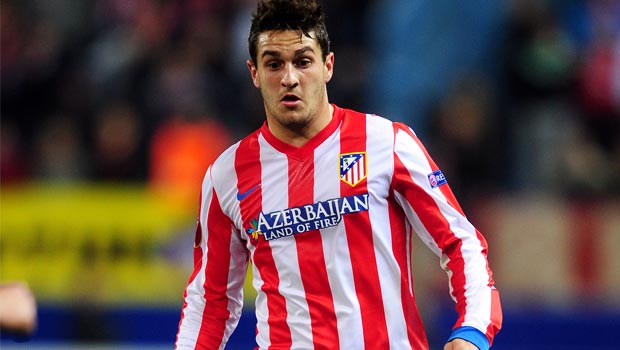 The title protagonists in La Liga all won on Saturday to maintain their respective positions in the league but Atletico Madrid’s come-from-behind win at Athletic Bilbao was the most impressive and underlined their credentials of a possible upset.

Many will have been waiting for Atleti’s season to come unstuck but they have as yet shown no sign of letting up as they look to end the dominance of the big two and record their first league success since 1996.

Since that last win, only on three occasions has the La Liga crown gone somewhere other than Real or Barca, but it remains a distinct possibility this term as Diego Simeone’s men remain at the top of the table with seven games to go.

Iker Muniain had given Bilbao an early lead but goals from Diego Costa and Koke sealed a famous win and inflicted only the second home league defeat of the season upon the Basques while maintaining Atletico’s one-point lead over Barcelona – 1-0 derby winners at Espanyol earlier in the day.

Match-winner Koke has downplayed talk of a potential title win and insists that the players are simply focused on treating each of the remaining games as a final to see where it takes them.

The capital club take on Barca in the Champions League quarter-final first leg on Tuesday, which could have a bearing on domestic honours given the tight nature of the title race, but – to use an old cliché – Koke is taking it one game at a time.

“The Coach has said it already – until there are five games left, we won’t talk about the title,” Koke said.

“But Atletico has no limits. Every game is the final. We have one final on Tuesday [against Barcelona] and another on Saturday [against Villarreal].”

Barcelona have home advantage in the first leg of the Champions League clash and have been installed as 1.49 favourites in the match betting, with Atleti priced at 6.13.

All three meetings so far this term have ended in draws, which can be backed at 4.07, with the second league meeting between the two saved as a potential title decider on the last day of the season.