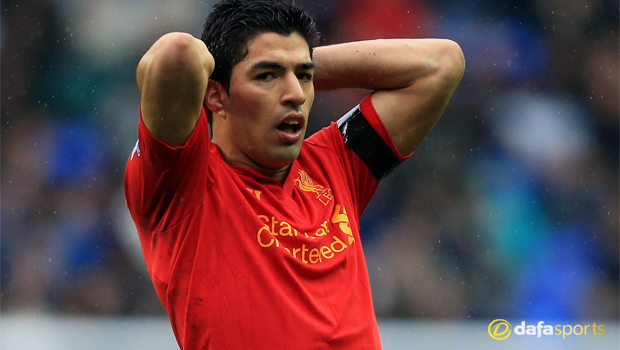 Liverpool managing director Ian Ayre has once again insisted the club have no plans to sell Luis Suarez as they focus on trying to sign Atletico Madrid hitman Diego Costa.

Arsenal have failed with two bids for the Uruguay international, who has previously stated his desire to leave Anfield after a difficult spell on Merseyside following his move from Ajax in 2011.

Since revealing he wants to be let go, Suarez has returned to the club for pre-season training and Reds boss Brendan Rodgers stated earlier this week that he hadn’t sulked about not being allowed to leave.

Ayre has now come out to reaffirm the 26-year-old is not for sale, while revealing Liverpool hadn’t received any bids from either Real Madrid or Bayern Munich for the striker.

“Despite what people think we’ve not had an intention of selling Luis, we’ve never said we want to sell Luis.

“He continues to work hard and train hard for Liverpool. That will continue and I’ll expect him to be here at the start of the season.”

Instead of selling their star striker, Liverpool are instead looking to add another hitman to their ranks after making a bid of £21.8million for Atletico‘s Costa.

The Reds’ offer is thought to have trigged the release clause in the 24-year-old’s contract and they are hopeful of wrapping up a deal for the Brazil international who scored 10 goals in La Liga last season.

Should he sign for the club, Costa would become the second player to make the move there from Spain this year after Liverpool captured Iago Aspas from Celta Vigo earlier this summer.