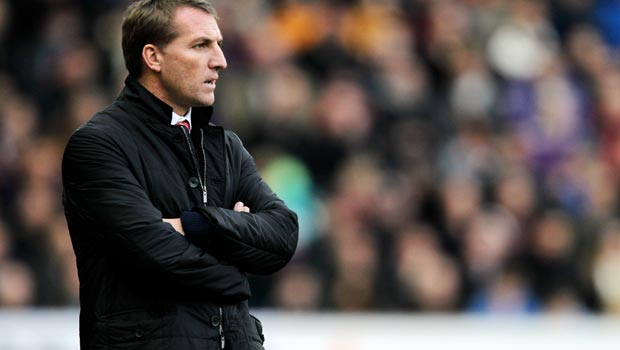 Brendan Rodgers’ high-flying Liverpool are preparing a bid for Southampton’s left-back Luke Shaw, according to reports.

The 18-year-old has established himself as one of the leading full-backs in the Premier League this season, as well as forcing his way into Roy Hodgson’s England squad.

As to be expected with a talent such as Shaw, there are numerous other big clubs looking to add him to their ranks. His boyhood club Chelsea see him as the perfect replacement for Ashley Cole, while both Manchester sides are also expected to be in the hunt.

But as of this weekend it seems that Liverpool are also going to enter the race as Rodgers tries to solve his side’s left-back problems.

Regular full-back Jose Enrique has missed most of the season due to a knee injury, which has forced the Northern Irish manager to play young right-back Jon Flanagan on the opposite flank. Flanagan, who is expected to sign a new contract with the club, is not seen as a long-term option for the role.

With Shaw looking likely to be included in England’s World Cup side, who are 30.00 to win outright in Brazil, Rodgers will have to wait until July before any move can be made.

The Saints star’s £30million valuation should not be a problem for the Reds, who should see their bank accounts bolstered by Champions League football, while Shaw’s ambition and age fits the Liverpool transfer mantra perfectly.

With Champions League as well as guaranteed football, Shaw may be persuaded to join the Anfield-based outfit but it will have to be a hard sell by Liverpool to persuade the youngster to choose them over Chelsea.