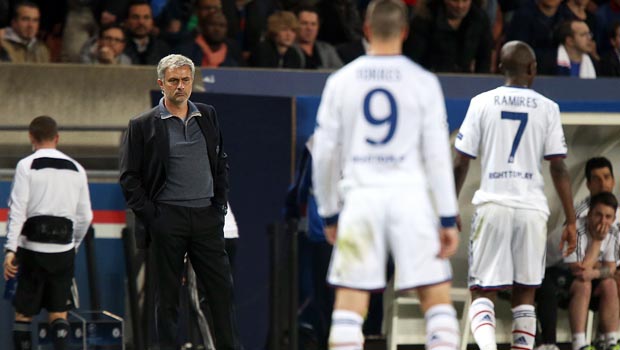 Chelsea boss Jose Mourinho has admitted that he is considering resting members of his squad in this Sunday’s crucial game against league leaders Liverpool.

Chelsea are the underdogs to win the title, but they still have the chance if results can go their way. Despite being in the title race, Mourinho appears to want to focus on the Champions League.

The Blues drew 0-0 with Atletico Madrid on Tuesday night, and they have the advantage of playing on home soil going into the second leg at Stamford Bridge.

However, Tuesday’s draw came at a price, with Petr Cech and John Terry both picking up injuries.

Cech suffered an elbow injury, while Terry injured his ankle and both look set to miss the rest of the season.
Mourinho has already complained about the fixture list in the last few days, and he admitted in his post-match press conference that changes could be made.

He said: “I can’t decide by myself. I’m just the manager. I have to listen to the club.
“I think I will do it, but we have to speak internally.”

Midfield pair Frank Lampard and John Obi Mikel will both miss the return leg at Stamford Bridge through suspension, so they are likely to play at Anfield. Mohamed Salah and Nemanja Matic are cup-tied in Europe so the duo are also likely to feature.

Mourinho will also have to decide who to select up front with Samuel Eto’o, Fernando Torres and Demba Ba to choose from.