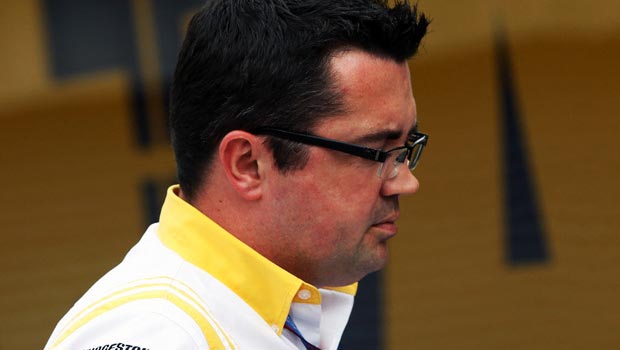 McLaren racing director Eric Boullier has insisted his team can still win a race this season despite their poor start to the campaign.

McLaren had led the Constructors’ Championship after the first race of the season in Melbourne after Kevin Magnussen and Jenson Button both finished on the podium, but they have since dropped down the leaderboard after a number of poor results.

The Woking-based team are now in fifth place in the standings after failing to pick up points in China as they continue to struggle with a lack of downforce.

Mercedes, 1.03 to win the Constructors’ Championship with Dafabet, have currently dominated the first four races of the season, with Red Bull, Ferrari and McLaren struggling to keep up.

Boullier insists there are plans in place to make up the gap, and the former Lotus team principal has confirmed they will work tirelessly to change their fortunes.

Speaking during a McLaren phone-in, Boullier said: “Obviously we have to believe we’ll win a race. If you look at the details, it looks like we’re stepping back since the beginning of the season. It’s true that Australia was a bit optimistic but we also prepared ourselves to pick up points and even podiums from the others.

“I’ve made clear that a lack of downforce is hurting us, when you have very hot conditions or very cool like we had in China and there is a technical reason for that.

“I think what’s going on here in Woking is very positive and I think we’ll be able to keep pushing and bring, let’s say, a very aggressive and strong development for the season.

“I think we’ll put ourselves in a position, maybe not in the first part of the season, but maybe later to fight for a win. I hope so.”

Attention now turns to Europe for the first time this season, with the Spanish Grand Prix next on the calendar at the Circuit de Catalunya, starting from May 9-11.