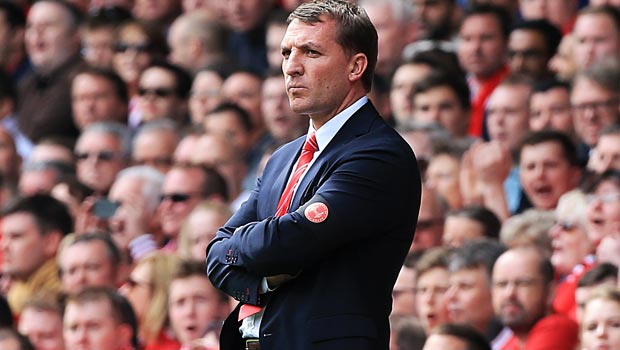 Liverpool manager Brendan Rodgers insists he isn’t surprised by his team’s league form as he tries to guide them to a first Premier League title.

The Reds sit top of the pile with two games to go, but they can lose the title race after being beaten 2-0 by Chelsea at Anfield.

Manchester City have a game in hand and can lift their second Premier League title if they win all three of their remaining games.

Despite being able to miss out on the trophy, Rodgers admits he is already proud of his squad after qualifying for the UEFA Champions League.

Rodgers is hoping that the experience will serve his players well, but he has denied reports that their form has come as a surprise.

Related: Brendan Rodgers says Liverpool will not give up in the title race

Speaking about his squad, Rodgers said: “We have a way of working and I take pride in that. We might not have got the result against Chelsea, but you have seen over the course of the season we have made great strides and we will continue to.

“At the start of the season, people saw it was a real challenge for us to be in the top four. So with two games to go to be in the top three, really, really challenging, it’s something that is really remarkable.

“But I’m not surprised, because of how we have worked and level the players have performed at. The games we won on our unbeaten run were exceptional, we were outstanding, and I have reminded them of that.”

City are 1.70 to win the Premier League, with Liverpool available at odds of 2.13. Chelsea are outsiders and can be backed at 16.00.