Liverpool and Chelsea draw with Suarez in thriller goal moments 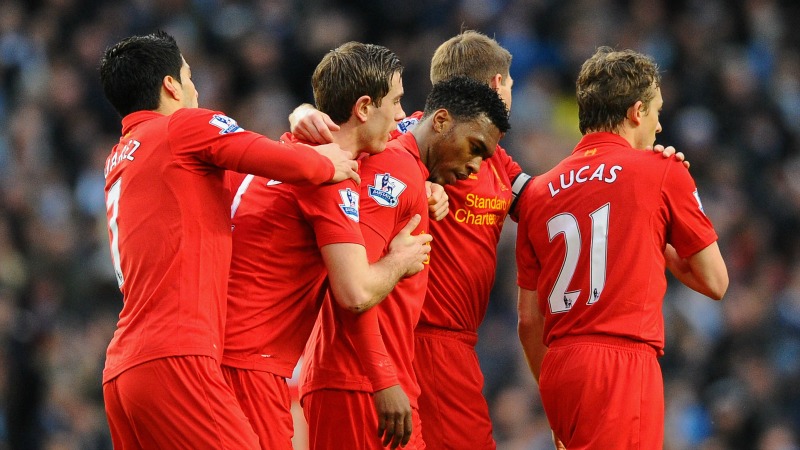 Liverpool salvaged a 2-2 draw against Chelsea at Anfield on Sunday.

In a back-and-forth affair, Eden Hazard scored a penalty in the 58th minute after Daniel Sturridge cancelled out Oscar’s first-half strike.

However, the Uruguayan headed in Sturridge’s cross in injury time to prevent the Blues from securing three points in the Premier League.

And despite playing roles in both Liverpool goals, Suarez’s performance will be remembered as he created more controversy behind his name.

The star forward appeared to bite Branislav Ivanovic’s arm in the second half after the two were battling for position inside Chelsea’s penalty box.

Already having faced a lengthy ban for the same incident with Ajax, it seems that Suarez will be handed a sanction as the Football Association reviews the incident.

In another storyline, former Reds manager Rafael Benitez, now coach for the Blues in an interim basis, watched his old club dominate in the early stages, but had the answer after 25 minutes.

Oscar provided the unlikely goal after a corner from Juan Mata found the unmarked Brazilian and he headed the ball from the near post.

Moments later, Chelsea almost doubled their lead after Pepe Reina fumbled David Luiz’s free kick. Luckily for the Spanish keeper, the bounce was near and he was able to catch it before crossing the line.

Liverpool’s clear chance in the first half came from Suarez in the 42nd minute, testing Petr Cech by hitting from a tight angle.

Making changes in the second half, Brendan Rodgers brought on Sturridge for Philippe Coutinho, and the Englishman immediately made his presence felt.

He played a brilliant run and pass from the right side before hitting a thunderous shot 30 yards out and hit the post.

In his third attempt, he finally put the Reds on level terms after receiving a stunning cross from Suarez.

However, it only took five minutes before the hosts handed the advantage back to the visitors.

From inside the box, Suarez handled the ball as he tried to prevent Fernando Torres from receiving the corner, and referee Kevin Friend pointed to the spot immediately.

Hazard calmly sent Reina the wrong way before slotting the ball in the bottom corner to give Chelsea a one-goal advantage.

As the Reds looked for another equaliser, Suarez made his presence felt by sinking his teeth into Ivanovic’s arm but was lucky not to be caught by the referee.

Continuing to pressure Chelsea’s defence, Liverpool were finally given the breakthrough after Suarez’s header from Sturridge’s cross sent the Kop end into a frenzy.